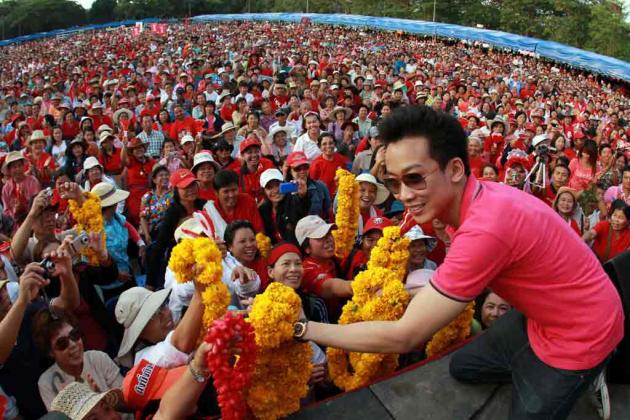 The Anti Money Laundering Organisation is filing a complaint with the Department of Special Investigation against Panthongtae Shinawatra, the son of fugitive ex-PM Thaksin Shinawatra, in a money-laundering case connected with the multi-billion-baht loan fraud linked to the state-owned Krungthai Bank.

The AMLO says Panthongtae allegedly received a 10 million Baht cheque from a staff member of the Krisada Mahanakorn Group. The money-laundering charge is also connected to an earlier corruption case in which Thaksin was accused of abusing his power whilst in office by ordering Krungthai Bank’s top executives to extend a 9.9 billion Baht loan to the real estate group based on highly inflated collateral.

The AMLO chief says his agency has already forwarded documents and evidence, including those related to Panthongtae and other people’s financial records, to the DSI for further action. Panthongtae is denying all the allegations.

Read more about the story from The Nation here…