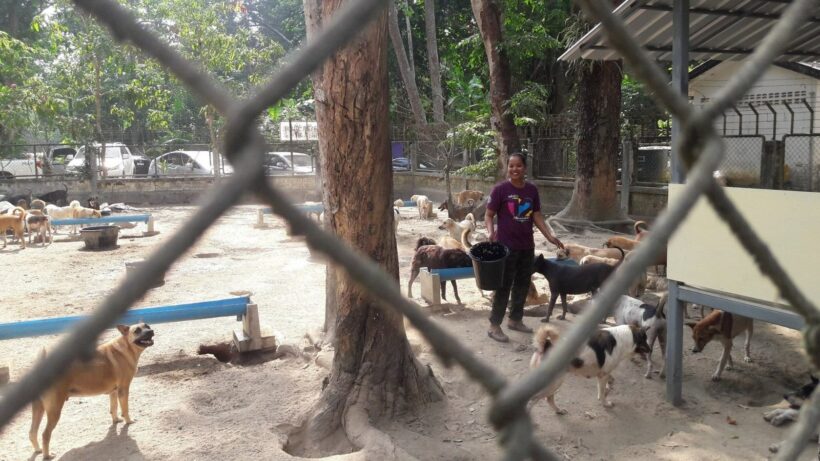 An 8 million baht budget has been approved for a ‘dog condo’ and landscaping at the Phuket Government Stray Dog Shelter in Suan Pa Bang Kanun, Thalang.

Phuket Lifestock Office Chief, Surajit Witchuwan, spoke about the improvements to the government dog shelter, a shelter located on 4 rai with about 500 dogs that has been opened since 2003 and was identified with low hygiene standard.

“The Governor wants to renovate the shelter to be a place that is more welcoming for visitors and a better home for the dogs living there. The approved budget last year was 1.5 million Baht to fix the roof of the 14 cages and to improve the cages as well as building a staff compound, clinic, and a separate building for sick dogs.”

“We also received a 10 million Baht budget from the local administration organisation for public utility fees, staff wages, medical supplies, dog food and other support for the renovations.”

For the new year’ budget, the committee is seeking approval of another 8 million Baht budget to create a 2 storey ‘condo’ for dogs. 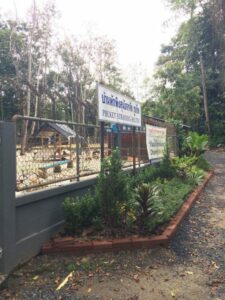 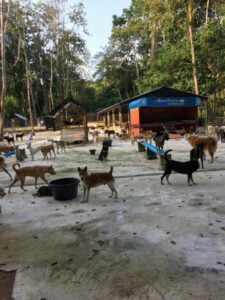 “This will help support a larger amount of dogs. The building is being designed in detail and has plans to transform the waste into gas. Also, we are looking into sanitation improvements and a dog statue landmark at the entrance to welcome more helpers, locally and internationally.”

“There are 400-500 dogs here and it costs 300,000 Baht per month to maintain them. We will install donation boxes in the malls and other landmarks under the name of the PKCD Foundation (Phuket City Development Foundation)

He mentioned that the cause of stray dogs is mostly irresponsible dog owners who dump their dogs when they are bored of the pet.

“This increases, unnecessarily, the stray dogs population. Dog owners should be responsible for their dogs until the last day of their life.”