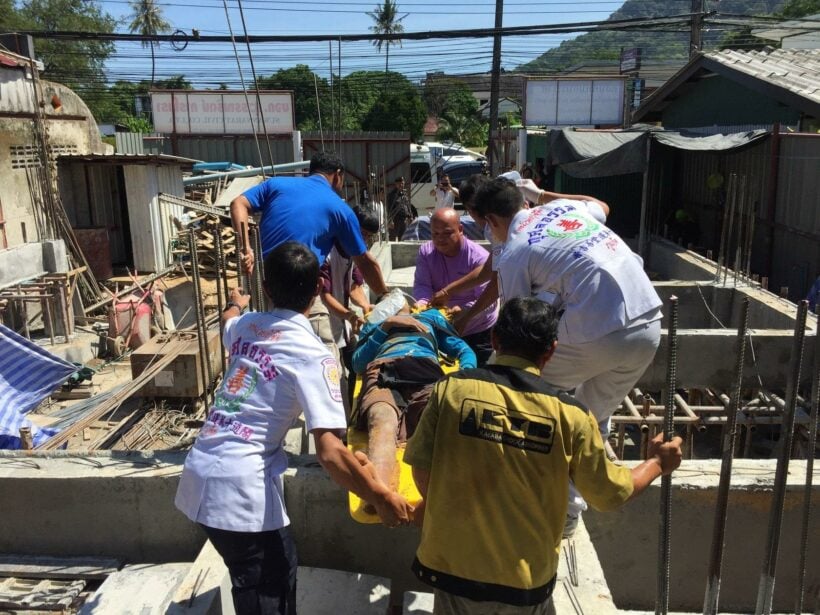 Yesterday’s (Wednesday) landslide occurred at the construction site of a clinic near Vachira Hospital where there is a 3-4 metre retaining wall.

A team of police, rescue teams and a Vachira Hospital medical team tried to save a Myanmar worker, 22 year old Nay Sol Lin, by digging the soil around him and providing saline water. It took about 20 minutes to get him out of the collapsed soil.

Another Myanmar worker who was piled up deeper was 37 year old Mew Ta Ao. It took 15 minutes to remove his body. He was already dead by the time they could get to him. He was sent to the hospital for an autopsy.

Construction supervisor, Narongrit Pumping, told the police that the new site belongs to a 3 storey clinic, which started construction on January 9. 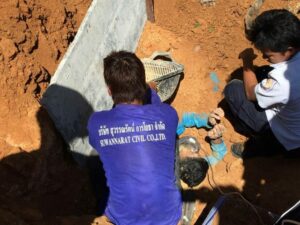 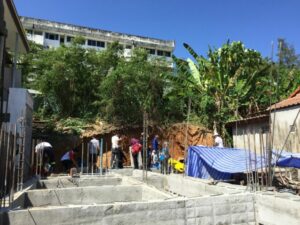 According to Narongrit, there were 4 Myanmar workers who were flattening the ground surface next to the retention wall and the wall suddenly fell on them. 3 out of the 4 were buried in the soil; the injured one, the one who passed and another anonymous woman who managed to escape and only received minor injuries.

The other 12 workers immediately tried to remove the soil to save the others.

Nay Sol Lin who survived said that he wore a hat that covers his face during his work, which allowed him to breath when buried under the soil, while his friend was piled up too deep.

The police believe that the cause of landslide might have been because of the heavy rain since February 19, the soil absorbing the water, getting heavy and collapsing. However, the construction supervisor has been taken to the police station for further questioning. 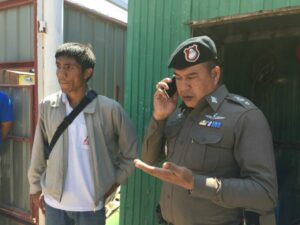 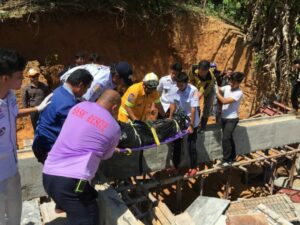