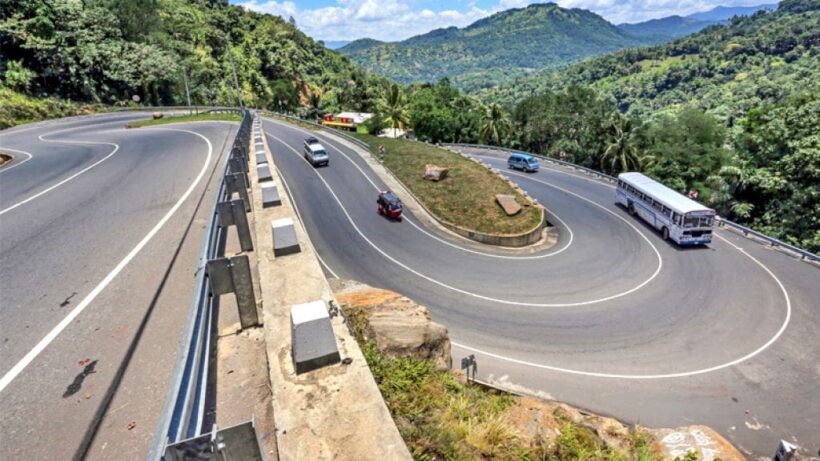 “Road infrastructure is the marker of a country’s development and is significant for safety and satisfaction of the citizens.”

This, according to an opinion survey by World Economic Forum very few Asian countries have the best road infrastructure. 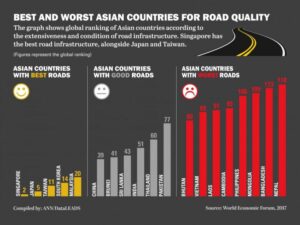 Singapore is ranked at the top in Asia and second globally in terms of road infrastructure in the country. It is followed by Japan and Taiwan which have equally well maintained roads ranked 5 and 11 respectively. South Korea and Malaysia ranked 14 and 20 respectively also figure in the countries with best roads in Asia.

China is ranked 39 in the world. It has good roads owing to the rising economy and growing development. China has the longest highway in the world stretching 85,000 kilometres.

Brunei and Sri Lanka rank better than other south Asian countries. The condition of Indian roads in getting better with the country ranked 51, ahead of Thailand and Pakistan at 60 and 77 respectively. 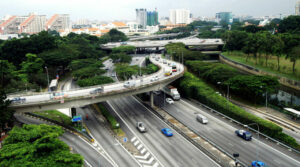 Cambodia ranked 93 has sporadic road development in both rural and urban areas. Philippines’ roads are less developed compared to other East Asian countries. It is followed by Mongolia at 109 and Bangladesh at 113.

Nepal has the worst road​s in Asia and the ​lack of resources and hilly terrain ​is posing a major challenge for the country’s aim to improve ​road infrastructure. 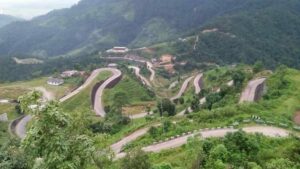 Firefly’s Night Brunch, and All That Jazz