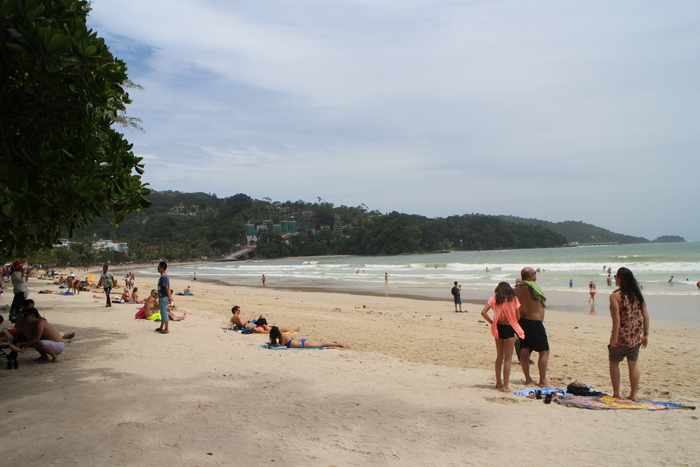 A Chinese tourist drowned at Patong Beach yesterday while waiting to check into his hotel.

Police say 26 year old An Huifeng drowned shortly after he and his girlfriend went into the water while they were waiting to check in. Police spoke to the man’s girlfriend and found out that the two arrived in Phuket only an hour before and were not scheduled to check into the Sri Boutique Hotel until noon.

The man decided to go for a swim just off the beach in front of the police box at the Bangla Road intersection. He was pulled out of the water alive but unconscious. Efforts to resuscitate him failed and he was pronounced dead by the time the ambulance arrived at Patong Hospital.

They planned to stay in the Patong hotel for two days, move to a Karon beach hotel for another two days and then fly to Chiang Mai. The man’s family has been notified.

Toon ploughs on in 8 degree temperatures