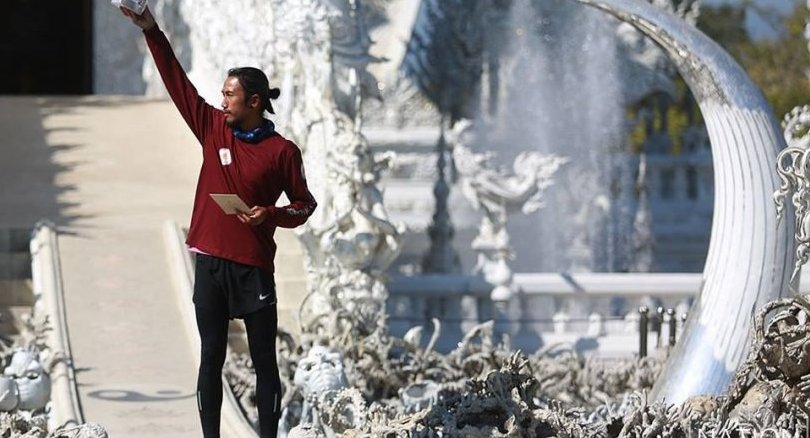 So far, Toon – who has been voted in a Bangkok Poll survey as the most admirable person of the year (83.5 per cent), overwhelmingly beating Prime Minister General Prayut Chan-o-cha (11.1 per cent) – has run for 42 days covering 2,134.73 kilometres.

The donations he is raising for 11 public hospitals via the cross-country charity run since November 1 have amounted to 991,012,267 baht as of 7am on Sunday.

Toon set himself the target of running from the southernmost tip of Yala’s Betong district to Mae Sai, a distance of 2,191 kilometres, when he embarked on the campaign.

He departed Pu Kaeng School in Chiang Rai’s Phan district around 3am on Sunday and was joined by famous Muay Thai kickboxer Corporal Sombat “Buakaw” Banchamek along with some Thai celebrities. Toon appeared to be cheerful although he had just recovered from an injury that forced him to rest for two hours in the Mae Jai district of Phayao province the previous day. Toon was cheered on by local residents who braved the winter chill and handed him cash for his cause along the way.