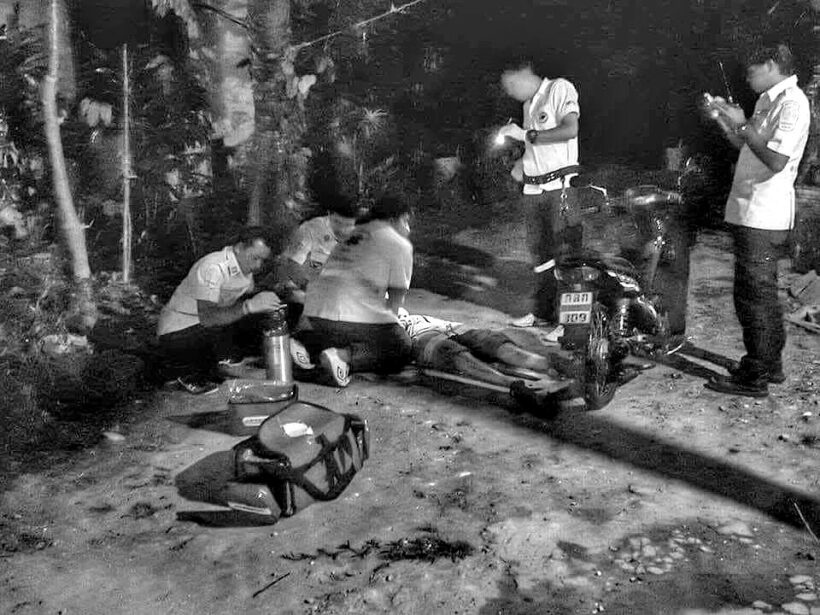 At the scene the team found an injured 17 year old boyfriend and girlfriend who were both shot in their neck. The man, Rohmat Tumwong, was conscious and sent to Vachira Hospital while his girlfriend, Panilada Kongkrapan, wasn’t conscious. The rescue team attempted CPR and sent her to Thalang Hospital. Two hours later she passed away at the hospital.

Police say the alley in Baan Pa Krong Cheep, where the couple were shot, is a very dark spot. The investigation team collected evidence at the scene and spoke to people nearby.

After an initial investigation police revealed that Rohmat was picking up his girlfriend from a rented house on his motorcycle in the alley. When leaving from the rented house the shooting began, though police aren’t sure if the shooter was alone or accompanied.

Police suspect the cause of the crime is probably related to a love interest or relationship conflict. As there is no CCTV at the scene, police are now checking the CCTV camera footage from the areas around the shooting scene to identify any comers and goers.

The investigation team will also be interviewing relatives of Panilada and Rohmat hoping to uncover further clues. 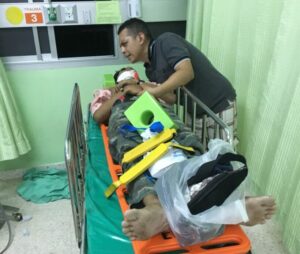 Who’s deserving of the title ‘Phuket Person of the Year’?