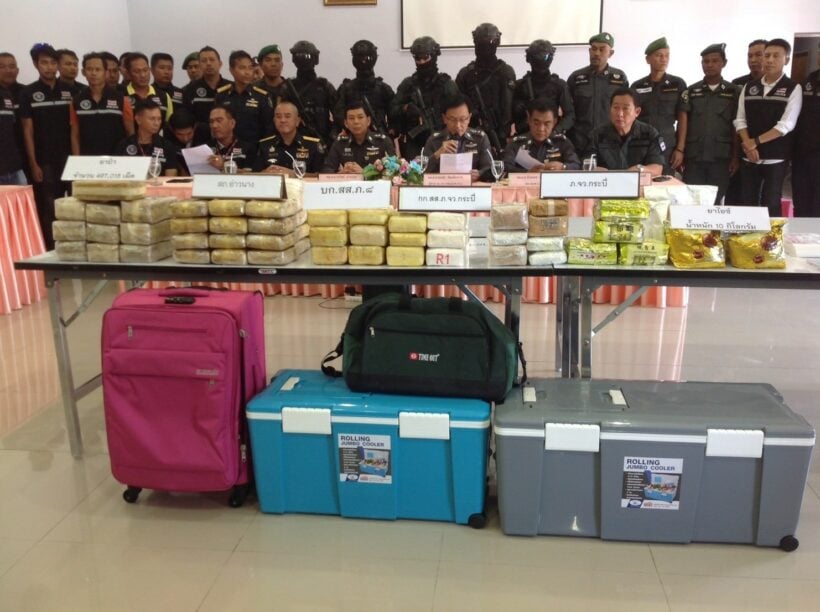 45 year old Somporn Ratchapibun, from Surat Thani, has been arrested with the enormous haul of 486,000 amphetamine pills and 10 kilograms of meth amphetamine. The whole lot has a combined value of more than 100 million Baht.

He was arrested at a rented house in Krabi with 3 mobiles phones and a Toyota Vios car. Police found drugs hidden in his luggage and 3 storage boxes.

Prior to his arrest, Krabi police arrested another man in Plaipraya District, Krabi, who confessed and implicated Somporn, who lives in the same province.

“After an investigation, we found that this man was arrested for drugs before in the Surat Thani province. After his case finished, he went back in the field again, selling drugs. He confessed that he got the drugs from his “bro and sis” who live in the north of Thailand,” said Pol Lt Gen Thanet Pinmuang-Ngam from Police Region 8.

“The drugs were transported in a 10-wheel truck to spread drugs to dealers in Surat Thani, Krabi and Nakhon Si Thammarat. This is the biggest network of drug dealers caught by the Police Region 8 so far.” 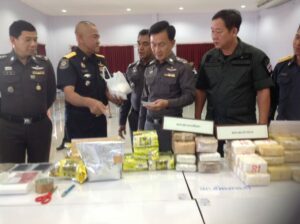 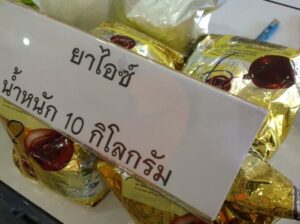 Progress on shooting/robbery of Russian woman in Rawai