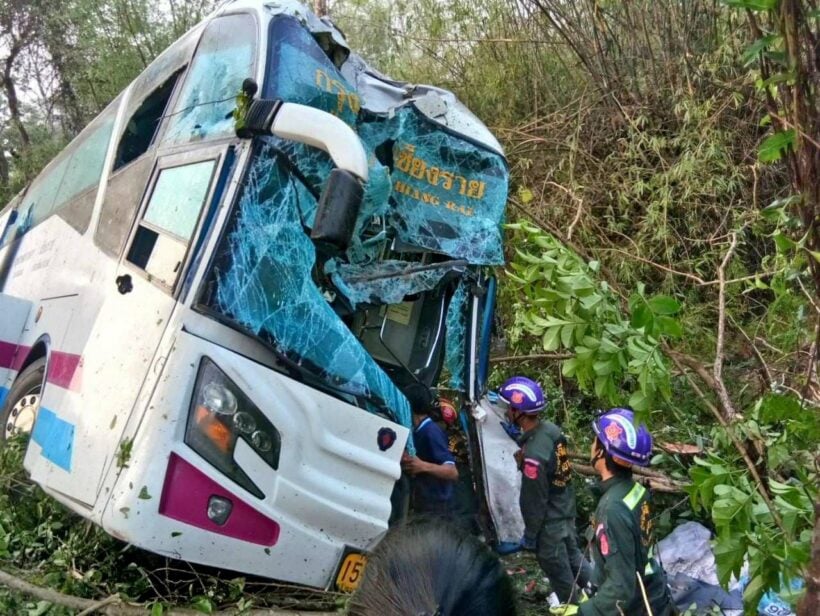 A bus hostess was killed and 11 passengers were injured when a Bangkok-Chiang Rai bus ran off the road and hit trees early today (Friday).

Police said the accident happened at 5am on the Ngao-Song road in Ban Poh village in Tambon Ban Pong in Lampang’s Ngow district.

The bus hostess, Penpit Jarujit, died at the scene. The 11 injured passengers were sent to the Ngow hospital. The rest of the passengers were transported in another bus to their destination in Chiang Rai.

The bus driver, 57 year old Thian Naksawat, was taken to the Ngow police station for questioning as he was suspected of falling asleep behind the wheel and causing the accident. 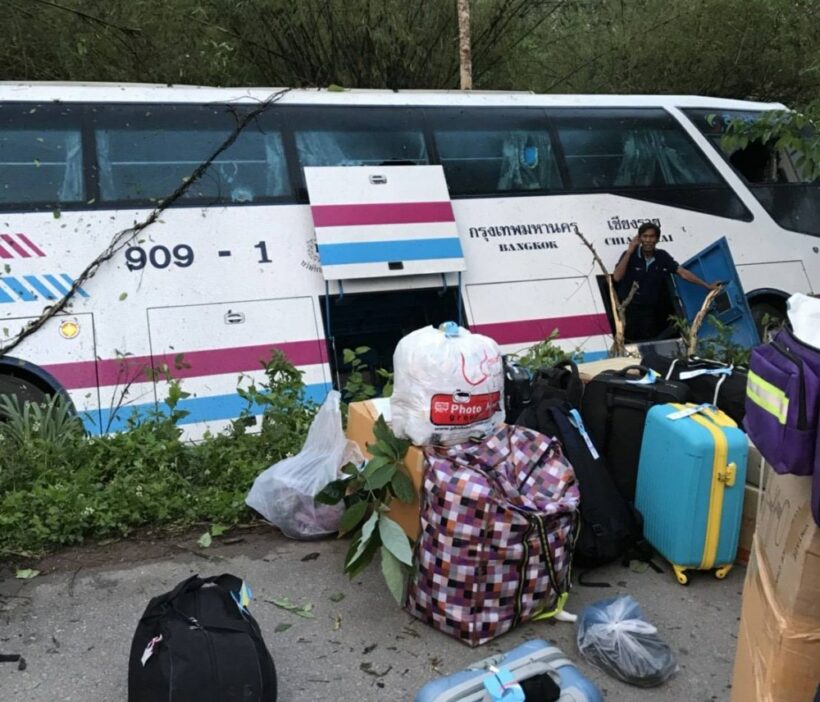 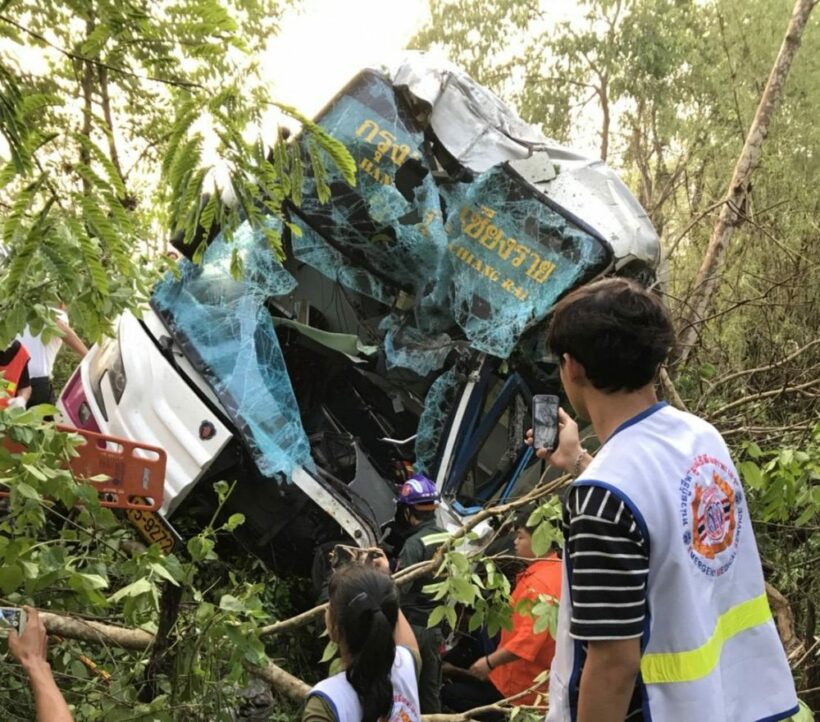