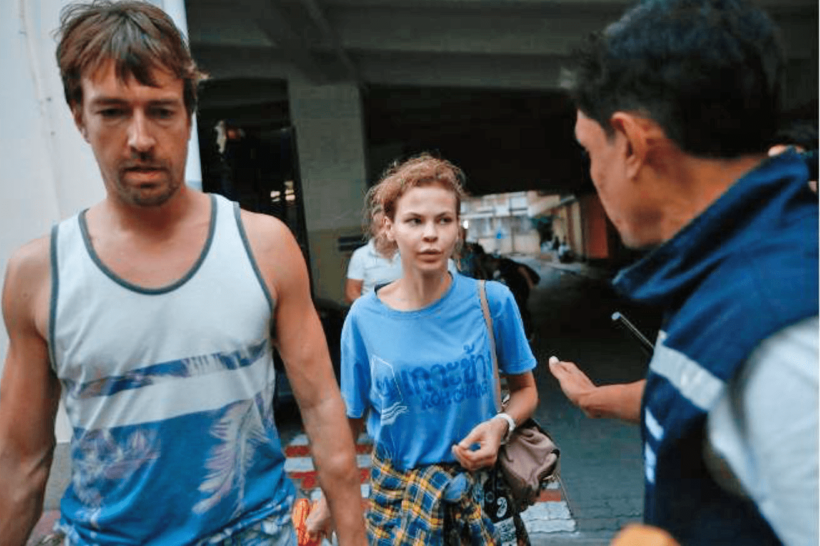 Anastasia Vashukevich, (AKA Nastya Rybka) the Belarusian ‘sex expert’ who claims to have insider dirt on Russian attempts to meddle in the US election, has been charged with prostitution.

Last month she went public asking the US to help her out from her predicament, detained in a Thai prison in Bangkok, in exchanged for information on alleged ties between Russia and the Trump campaign.

Citing an unnamed source, the Chief of Pattaya Police, Col. Apichai Krobpetch, said there was no enough evidence for authorities to pursue charges against Vashukevich for allegedly soliciting payments for sexual services. She faces up to six years in a Thai prison. At this stage she hasn’t appeared in court and has not entered a plea over the charge. Police have confirmed that she, and her associate Alexander Kirillov will be departed if the courts decide not to jail the pair.

The two came to prominence when police raided ‘sex-training sessions’ which they said they were running to help paying Russian guests with their love-making skills and relationships. Police have also confirmed that two had violated their visa conditions – the two have denied this charge.

Vashukevich claims to be the former mistress of Russian billionaire Oleg Deripaska, an ex-business associate of former Trump campaign chairman Paul Manafort. She claims to have witnessed several meetings between Deripaska and at least three unnamed Americans. She backs up her claims saying she has photos and hours of audio recordings of the meetings.

Vashukevich and Kirillov have pleaded with Thai authorities not to send them back to Russia for fears that they could be ‘silenced’ as they had important knowledge that could embarrass Russian and American authorities. CNN claims that the FBI tried to organise a meeting with the pair whilst in prison but were refused by Thai authorities at the time.