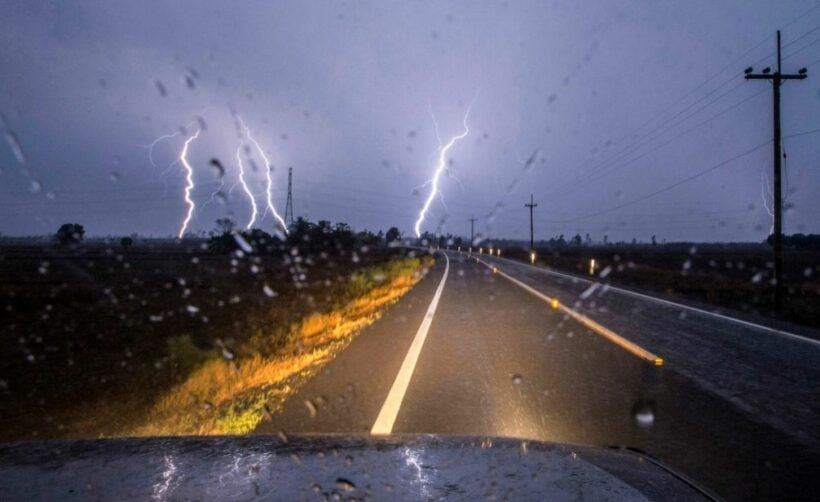 Today the Thai Meteorological Department has officially announced a warning for 53 upper Thailand provinces. The announcement says that from May 11-13, there will be high pressures winds from China covering upper Thailand and the South China Sea.

In addition, southerly and southeasterly winds have brought humidity to cover upper Thailand, causing that area to have summer storms, thunderstorms, gusts and hail in some areas.

“Lightning that may occur so authorities ask the public to be aware of the dangers of the upcoming summer storms.”

“The department kindly asks the public to avoid being in the open air, under big trees, billboards and unhealthy buildings. As well as being aware of the dangers of lightning and be prepared for damages to agricultural products.”