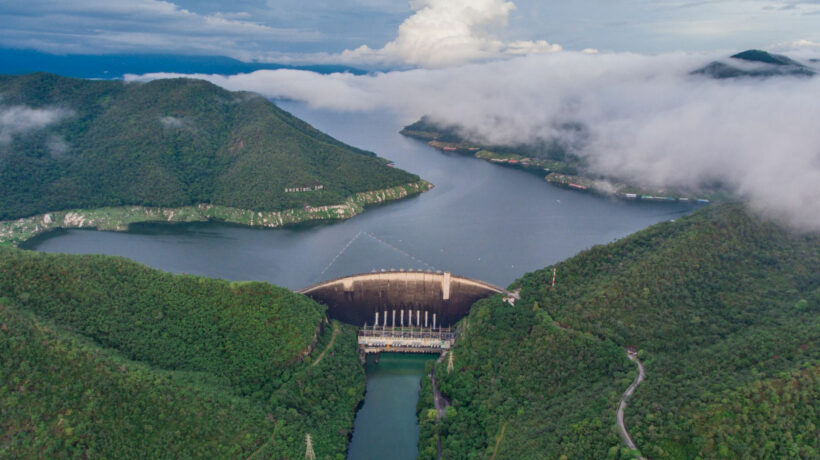 PHOTO: Bhumibol Dam on the Ping River, a tributary of the Chao Phraya River, in Sam Ngao - egat.co.th

Thailand’s annual rainy season usually arrives sometime around Songkran, the Thai New Year festival, on April 13 each year. But the Thai Meteorological Department is warning that the start of heavy rains are unlikely to start around the country until around the third week in May.

They also forecast rainfall this year to be approximately 5% lower than average, adding that “rains should last from the end of May to end June before drying up in July and August due to the La Niña effect”.

La Niña is a coupled ocean-atmosphere phenomenon that is the colder counterpart of El Niño, as part of the broader El Niño–Southern Oscillation climate pattern.

La Niña is known to disrupt typical regional and global weather patterns in a manner opposite to that of El Niño. Despite the dry weather expected to be brought by La Niña, the Royal Irrigation Department’s deputy director general Taweesak Thanadechopol, says the volume of water in the country’s dams should be more than last year.

According to Taweesak, some dams have approximately 121 million cubic metres of water due to recent rainfall in some areas.

“However the RID is worried that 59 provinces may still face water shortages in the near future. So far, the country’s 447 large and mid-sized reservoirs are 47% full, but only 11.891 billion cubic metres or 23% of the water can be used.”

27 provinces across Thailand are suffering drought according to the Department of Disaster Prevention and Mitigation. Of the drought-hit provinces, seven are in the North, 10 in the Northeast and 10 in the Central and Western regions.

8 year old Nong Benten was filmed praying to a divine ‘spirit house’ shrine while dancing to a ‘rain song’ in Buriram, northeastern Thailand back in 2018. The youngster had taken it upon himself to ask the gods for rain after the region was crippled by severe droughts pushing up the cost of rice and devastating crops.