“…he noted that drought in the middle of a wet season is very unusual.”

The Department of Rain-making and Agricultural Aviation is stepping up cloud-seeding efforts to help generate much-needed rain for drought areas in the central-north and north-east regions of the country.

Some areas need urgent rains to replenish the region’s eight major and 11 medium-sized reservoirs, where water levels have dropped drastically and sit at historic lows for this time of the year.

Surasee Kittimonthon, the department’s director-general, says that rain-making units, based in the northeastern provinces of Surin, Ubon Ratchathani and Nakhon Ratchasima, have been conducting cloud-seeding flights for quite some time now and have succeeded in producing rainfall that has saved rice, tapioca, sugarcane and other crops in a vast tract of dry land in the north-east.

Assistant Professor Thanawat Pholvichai, director of Economic and Business Forecast Centre of the University of Thai Chamber of Commerce authorities might not want people to panic over the water shortage situation, but he noted that drought in the middle of a wet season is very unusual.

Thanawat said it was still too early to assess the damage to the industrial and tourism sectors from the current drought, but his initial estimate of the damage is between 5-10 billion baht.

The Kasikorn Thai Research Centre, meanwhile, estimated the value of crop damage of at least 15 billion baht, mainly rice, or 0.1% of GDP, based on the price rises for rice this year which have climbed an average of 8.4%.

From 2008 to 2018, Thai governments spent about 20 billion baht a year to help farmers through subsidies and incentives to shift to crops which consume less water. 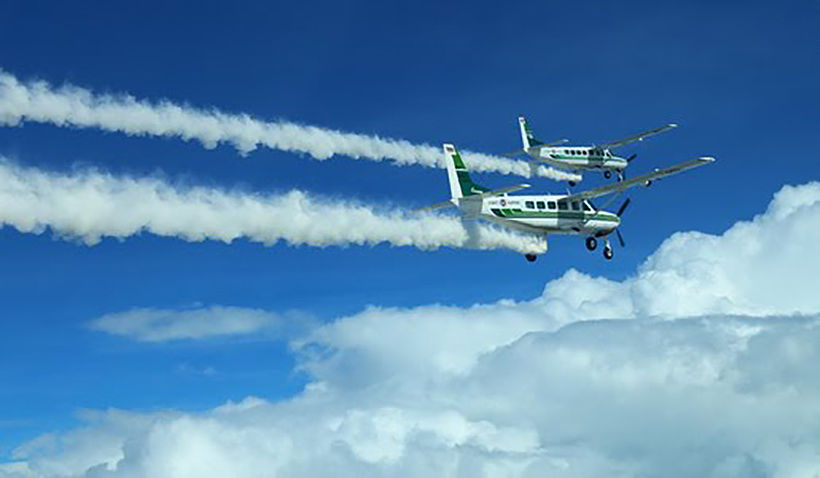