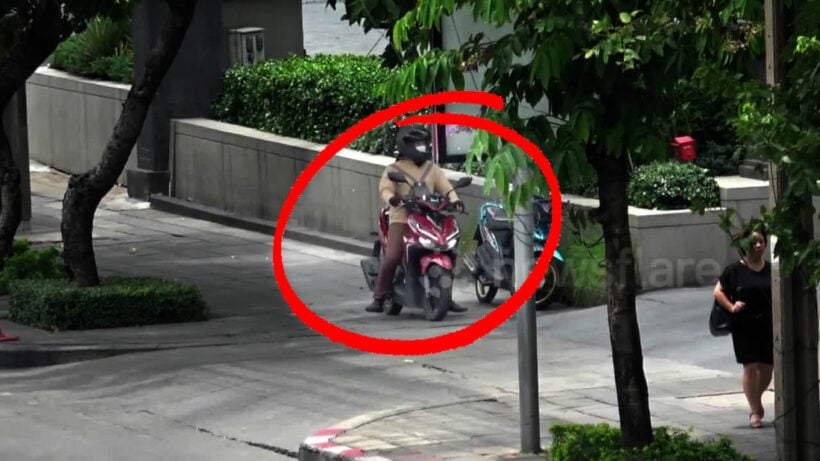 Bangkok motorcyclist, riding on footpaths, will be fined 2,000 on-the-spot from today. If someone reports a motorcyclist riding on the footpath they’ll get 1,000 baht fine. Officials doubled the fine and offered the reward after the previous 1,000 baht fine didn’t appear to act as a deterrent.

The signs erected announce a 5,000 baht fine but the Daily News says that, in practice, it ends up being 2,000 baht fine.

BMA (Bangkok Metropolitan Authority) officials have identified 233 trouble spots where motorcyclists often use the footpath as a short-cut or to avoid the traffic.

CCTV are also being installed in problem areas in order to catch offenders.

People wanting rewards have been asked to take a photo, with the registration plate clearly showing, name the location and send it to… 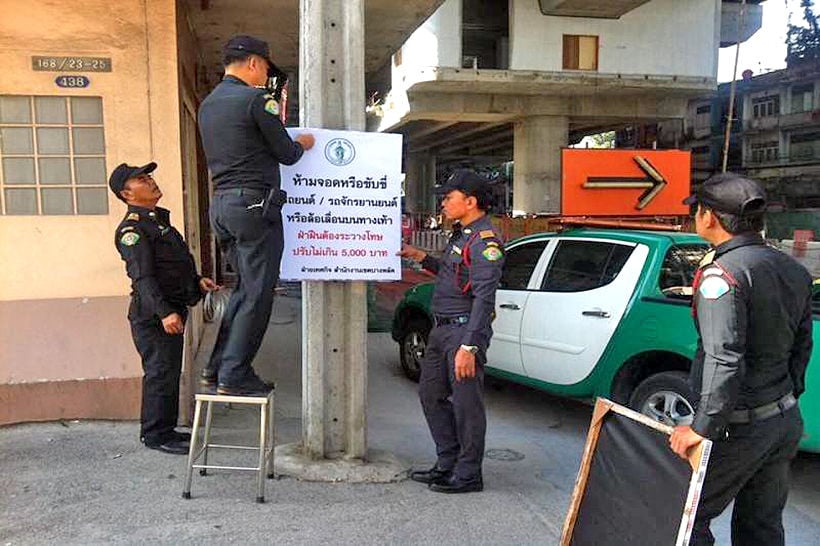