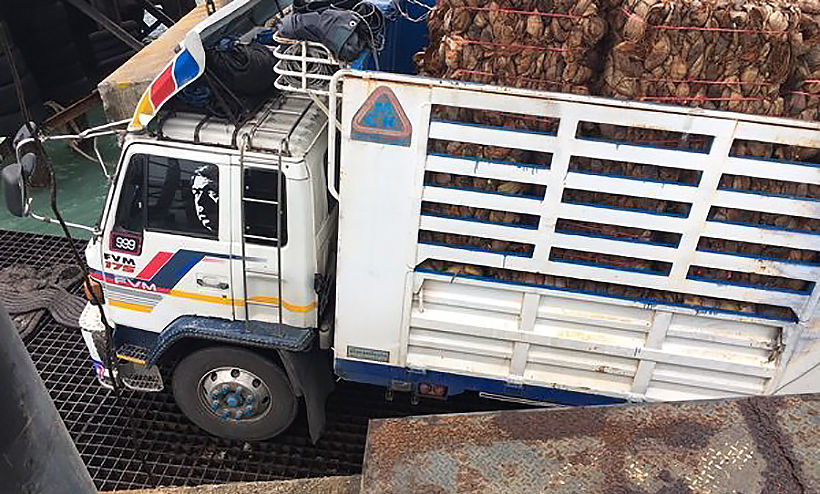 In the second setback in a week for the beleagured Raja Ferry Co., a steel boarding bridge for vehicles at Raja 1 ferry pier on Koh Samui collapsed yesterday, leaving a truck wedged under the wharf. The incident follows Saturday’s ferry disaster in which 3 people are confirmed dead and 3 remain missing. The pier is one of the 3 on Koh Samui used by Raja Ferry, which operates ferries between Don Sok on the Surat Thani mainland and Koh Samui. The incident leaves only 2 piers in operation.

The bridge collapsed about 7:30am as a 10-wheel truck loaded with coconut husks was crossing over to board a vehicular ferry. Fortunately the driver was unhurt, but the vehicle was left stuck in the hole beneath the pier. It did not fall into the sea. It was due to depart Koh Samui for Don Sak at 8am.

The deputy director general of the Marine Department arrived at the scene and ordered the closure of the  pier. He told reporters he has instructed Raja Ferry to report on the damage and the repairs needed. He said engineers would be sent to examine the bridge, who would also examine other boarding bridges, both at Don Sak and on Koh Samui, to prevent a recurrence of the incident. 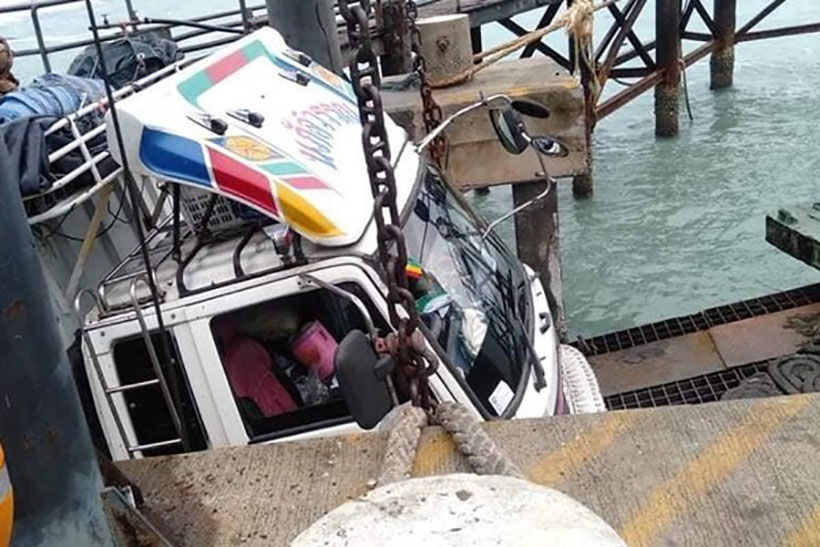