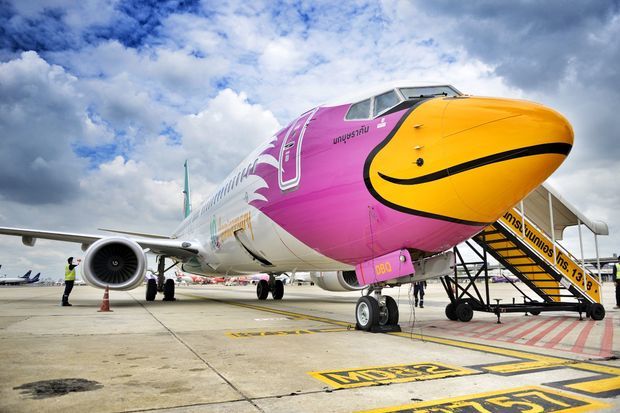 Part of Nok Air’s current losses are being blamed on privileged MPs, who receive free flights on the budget carrier but don’t turn up for their flights.

Somboon Uthaiwiankul, secretary for the government’s House Speaker, says the issue was brought up by executives of the airline during a meeting with the House Speaker, Chuan Leekpai. The executives told him last week that 113 MPs had reserved free seats on the budget carrier but failed to turn up for the flights, meaning Nok Air was unable to sell those seats to paying customers.

Nok Air says they’ve incurred 3.5 million baht in losses for flights the MPs, both past and present, booked but never showed up for. The MPs didn’t cancel the bookings, meaning that the seats flew empty. Nok Air filed for rehabilitation protection with the Thai Central Bankruptcy Court on July 20.

The airline complained that it was unable to get reimbursements for the empty seats from parliament because the MPs didn’t actually travel on the flights. Just 5 MPs caused the losses of over 100,000 baht. Somboon says they are “well-known and wealthy people”.

The House Speaker has so far determined that the issue is “a personal matter” and should be settled between Nok Air management and the individual MPs.

“It is the responsibility of the MPs to account for their own actions.”

In late 2013, Nok Air announced a joint venture with Scoot Airlines (a low-cost subsidiary of Singapore Airlines) to form NokScoot, a low-cost regional airline based out of Bangkok’s Don Mueang Airport. The joint venture was shut down in June this year. Thaveechat and Nuttapol Chulangkul, heirs to Thai Summit Group, an automotive parts manufacturer, became the largest shareholder group in the budget carrier in May 2017. Nok Air has racked up debts of 26.8 billion baht since March 31.