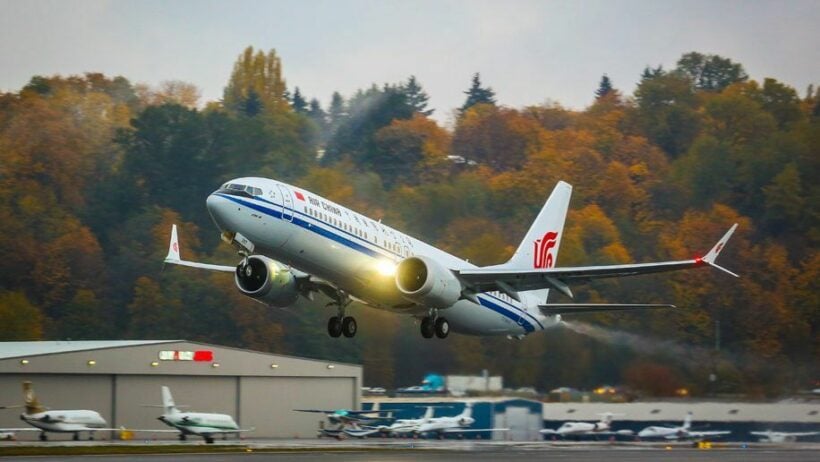 The beleaguered Boeing 737 Max will resume services in China next year after being certified as “airworthy” by the Civil Aviation Administration of China. The paperwork sets the stage for the accident-prone jet to return to China’s airline schedules following months of negotiations between Beijing and Boeing.

The decision clears the way for 100s of the best-selling US-manufactured planes to be delivered to China, removing a major impediment for Boeing. Shares of Boeing rocketed after the announcement.

CAAC announced on Friday that it “expects commercial operation of the existing domestic fleet will be resumed progressively at the end of this year or early next year”.

Despite the simmering trade tensions between the US and China, China remains one of the fastest growing aviation markets in the world and an essential customer for Boeing planes.

China was the last of the world’s major travel markets to re-approve the 737 Max for flying after being grounded globally in March 2019 following two fatal crashes that together claimed 346 lives – one in Indonesia and one in Ethiopia. After the first crash Boeing laid the blame on the airline and pilots without revealing vital information about a software called MCAS, the Maneuvering Characteristics Augmentation System, that was necessary to correct unintended and dangerous flight characteristics of the new model 737.

The development of the 737 Max series, the fourth generation of the 737, originally developed in the 1960s and first flown in April 1967, was a knee-jerk reaction to the popularity of a newly announced Airbus 320 NEO program (New Engine Option). American Airlines, a long-term Boeing customer, goaded Boeing with threats that they’d put in an order for the European Airbus alternative unless they could bring a competitor to market in quick time.

So, rather than developing an all new short-haul, single aisle alternative, Boeing gave the ageing 737 model a quick makeover with new, larger, fuel-efficient engines. But the 737, originally popular because of its low ground clearance, was now unable to fit the newer turbo fan engines under its wings so had to design the attachments further forward on the wing, putting the design balance slightly out of kilter with its centre of propulsion moving forward, and the weight of the engines, also forward, altering the flying balances of the new aircraft.

Without some sort of software intervention, the 737 Max would have a nose-up attitude when at high thrust levels. So the software was designed to detect nose up attitudes from the “Angle of Attack” meter and then correct it by automatically pushing the nose of the aircraft back down. Basically, the new 737 model was unfit to fly without the electronic intervention.

But the software, along with faulty Angle of Attack meters, became a fatal combination for the Lion Air and Ethiopian Air 737 Max flights when the pilots were unaware of the software and how to disengage it. The two flights had similar battles between the MCAS software and the pilots where the software eventually won, plunging the planes into the ground.

189 people pdied when a Lion Air flight crashed in Indonesia on October 29, 2018, and another 157 died in the crash of an Ethiopian Airlines flight on March 10, 2019. Between the two incidents Boeing denied it was an error on their part and tried to push the blame onto the pilots of the Lion Air flight.

Boeing continued to deny culpability, even after the second crash. Their actions were supported by the US Civil Aviation Authority, eventually becoming the last major country to ground the new 737 Max models until a proper investigation could find the faults. Investigators were quickly able to find the main cause of both tragedies was MCAS. Or, more specifically, the lack of Boeing pilot training about the software and how to resolve problems associated with it.

But tensions between the US and China, made the process far more protracted in China. A final test flight of the 737 Max only happened in Q3 this year, putting their approval more than a year behind the US.

Even though now approved for flights in China, there is a long process of upgrading flight manuals, pilot training and rebooting aircraft that have been sitting dormant for up to 2 years, all expensive procedures.

More than 180 countries have now allowed the 737 Max to return to their skies. But Indonesia, where the first crash took place just off the coast of the capital Jakarta, and Russia, are among those countries that have yet to do so.

The approval of the Max in China is a key boost to the fortunes of Boeing. Boeing officials admitting that, even if they only filled their obligations to Chinese airline buyers, they would meet their sales targets over the next 12 months.

Singapore Airlines recently announced its 737 Max aircraft, with upgraded seating, particularly in their business class, were launching services to destinations including Thailand, Malaysia, Indonesia and Brunei. But the reaction from the post on their Facebook page revealed that there are still plenty of the flying public who won’t be quick to forgive Boeing for the failures in its safety program, certainly that they hadn’t forgotten the fate of the 346 passengers that died as a result of their short-cuts.

4,612 of the new Max model of the 737 have been ordered with 599 already delivered, making the 737 Max the most successful introduction of a new passenger model aircraft in history. The only airlines that fly the Boeing 737 Max in Thailand, currently, are Thai Lion Air.

TukTuk
4 hours ago, JohninDubin said: I can't say I know much about the 787, though I have flown in one. But in terms of flight hours/crashes, the 737Max compares very unfavourably with earlier 737's. Incorrect John. More classic 737's have…
Cathat
58 minutes ago, TukTuk said: Incorrect John. More classic 737's have crashed throughout the years than the 737 Max. John is correct at this point in time.he stated flight hours to hull losses.2 hull losses with a relatively young fleet…

JohninDublin
1 hour ago, TukTuk said: Incorrect John. More classic 737's have crashed throughout the years than the 737 Max. That is almost certainly true, but that's what I would expect to find in a variant that's been around for about…

TukTuk
You have to remember the 737 MAX, crashed in the third world where pilots are not trained and up to speed with US pilots. If you look back, remember when 1 2 Go Airlines in Bangkok had a MD-82 crash…
CamPat
Boeing ? No thank's. The 737max 8 is just one off the Problems Boeing has with his Airplanes. The now certified 737max8 is still based on a 1960 design and simply stretched in order to avoid a costly new design…