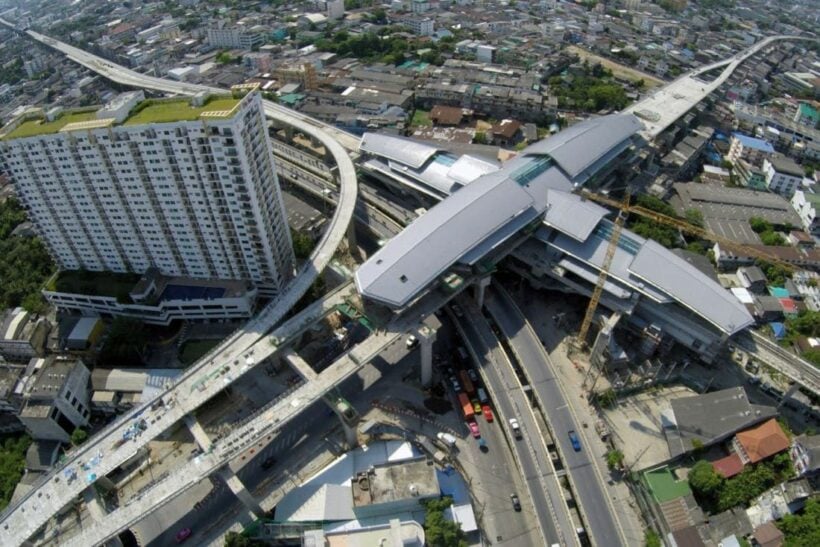 Bangkok Expressway has started a 3 month trial run of the extension of the Blue Line train service from Hua Lampong station to Bang Kae station.

Thai PBS report the the Blue Line, between Taopoon terminal and Bang Kae, is expected to be officially launched at the end of this month. Another extension of the same line from Taopoon to Tha Phra, which has nine stations, is expected become operational next March.

The MRT governor Pakapong Sirikanthamat says he will announce whether the three-month trial from Hua Lampong to Bang Kae will be free of charge at a press conference.

The opening of the two extensions, between Hua Lampong and Bang Kae and between Taopoon and Tha Phra, will make the Blue Line a Circle Line covering both inner Bangkok and its suburbs.

The entire distance of 47 kilometres includes 38 stations and travelling time along the whole line is estimated at one and a half hours at an average speed of 35 kph. The train fares will remain unchanged, ranging from 14 to 42 baht.

The service on another extension from Taopoon to Tha Phra, which is tentatively scheduled to launch next March, is expected to add a further 100,000 commuters a day, bringing the total number of people using the Circle Line to between 400,000 and 500,000 a day. 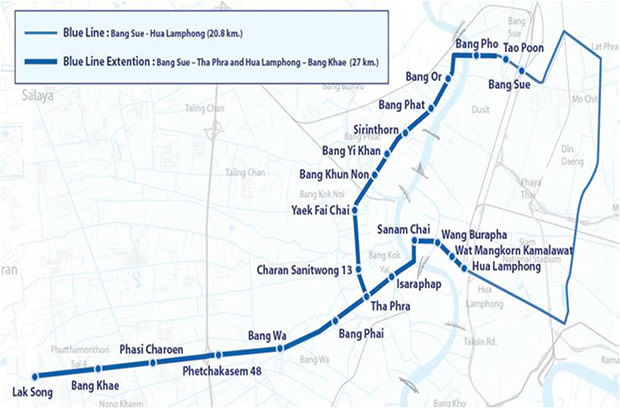