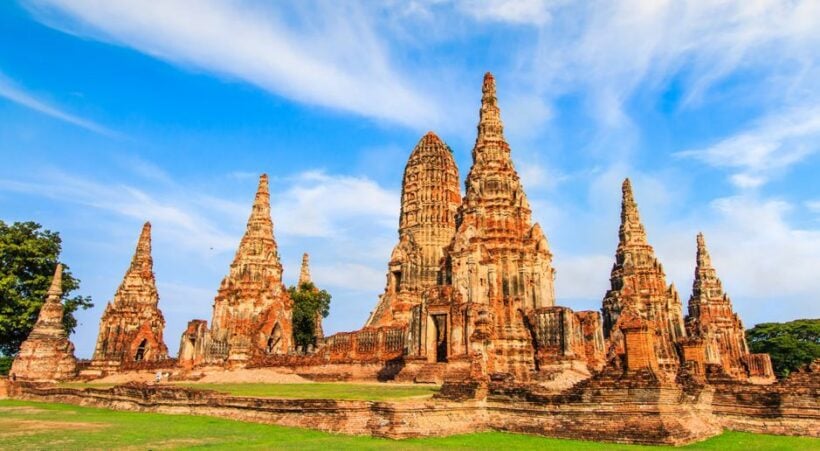 Progress for Thailand’s high-speed rail link from Bangkok to the northern province of Nong Khai has hit a snag over construction in UNESCO World Heritage site Ayutthaya. The cultural status of Thailand’s former capital has complicated the process of building a new train station to accommodate the rail line.

The Transport Ministry is working to resolve the issue, calling a meeting yesterday to address the issue. The meeting vowed to press ahead with construction adhering to the guidance of the National Committee of the World Heritage Convention. That committee had demanded in December that the high-speed rail lessen cultural impact while still being convenient for future riders.

While Ayutthaya’s current train station is not located in the historical area designated as a UNESCO World Heritage Site, it is still considered a historical treasure, as one of the first stations built when trains were first introduced to Thailand, during the reign of King Rama V.

A team made up of many agencies like the Fine Arts Department and the NCWHC will design a new train station for Ayutthaya that will celebrate the historical value of the previous station. The goal is to design a high-speed rail station that reflects and honours the original station in order to maintain the cultural integrity of the UNESCO city, which became the Siamese capital in 1350 AD.

Officials worry a drastic change to accommodate the high-speed rail station may jeopardise the coveted UNESCO designation after the organisation wrote to the Fine Arts Department to ask that cultural protective measures were taken.

During the meeting, 3 subcommittees were approved to be established. One committee will focus on speeding up the high-speed rail project. A second will focus on improvements to existing transport systems to dovetail them into the high-speed rail system. The third subcommittee would work to create international connections to extend the rail line from the Laos border in Nong Khai to the capital Vientiane.

King Cotton
3 hours ago, Thaiger said: Progress for Thailand’s high-speed rail link from Bangkok to the northern province of Nong Khai has hit a snag Well, who'd o' thought it? Under this circus of a government, it'll never happen, but hard…