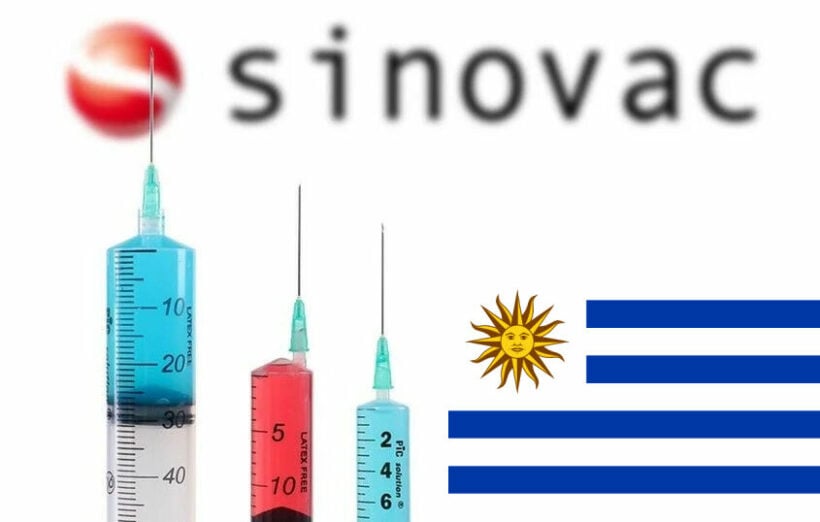 A new study of 862,000 recipients in Uruguay has found that the Sinovac vaccine is effective in reducing Covid-19 death by up to 97%. The study comes as early results are gathered from Uruguay’s vaccination campaign which has been 80% Sinovac vaccines. They found that for people who had already been fully vaccinated with 2 doses, infections were down 57% and severe cases requiring intensive care were reduced by 95%.

Similar to Thailand, Uruguay relies heavily on the Sinovac vaccine, administering it for the majority of people. The South American country saves Pfizer vaccines only for health workers, the elderly, and those at-risk due to chronic diseases. Their study data is based on 712,000 people given the Sinovac jabs compared to 150,000 receiving the Pfizer vaccine.

Results from their Pfizer vaccinations show that jab was more effective at preventing Covid-19, 75% to Sinovac’s 57%, and slightly better at preventing intensive care cases (99% to 95%). The Sinovac vaccine outdid the Pfizer trials at preventing death though, with Pfizer recipients finding 80% efficacy in preventing fatalities versus Sinovac’s 97%.

Those figures are much lower than Israel’s data, which recently stated that Pfizer jabs prevented 95% of Covid-19 infections, and other studies have also shown better results from Pfizer. The health ministry of Uruguay reminds people that their Sinovac results are preliminary and are also somewhat of an apples-to-oranges comparison since the majority of Pfizer recipients were at-risk or elderly people.

Sinovac is used in more than 20 countries aside from Uruguay and broadly used in its home country of China, but the vaccine lacks as much scientific study and publications as other vaccines, leading to a lot of varying statistics and beliefs about the vaccine. It is a traditional inactivated vaccine, meaning it uses grown and killed cultures from the Coronavirus in its formula, different from Pfizer’s mRNA vaccines that only use spike proteins as “messengers” to train the human body to fight the virus.

Uruguay is the 3rd most vaccinated per capita country in North and South America, behind only the US and Chile. 45.8% have had at least 1 vaccine, and 28.3% have had both doses already. Like Thailand, it generally escaped outbreaks in the first year of the pandemic, but in the last few weeks has had a huge infection spread, with the highest daily deaths per capita in the world.