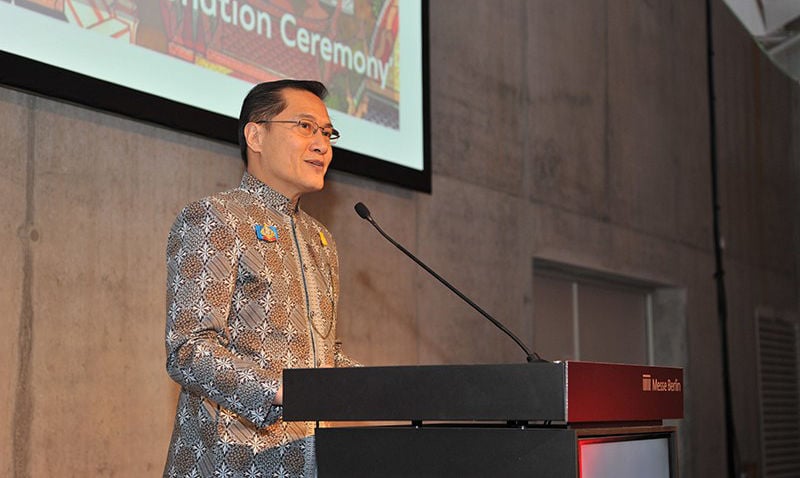 In a final spin at the microphone as Sports and Tourism Minister, Weerasak Kowsurat made statements about Thailand’s tourism numbers and the Thai baht that differed from other published numbers and local anecdotal reports.

Weerasak claimed, despite the appreciation of the baht, that Thailand has attracted as many as 21.08 million tourists in the first half of this year, marking a 0.81% growth year on year. He said that the number of arrivals was on a steady rise for the first four months, but dropped by 1.03% in May before picking up again in June and July.

“The Thai tourism industry has a foundation that is solid enough to cater to many uncontrolled risks, such as a strong baht, which has made things more expensive. However, we have also learned that the average income earned from foreign tourists is still higher than the number of overall travellers entering the country.”

He said this does not include the revenue generated from the government’s “Thais Travel Thailand” campaign launched to promote tourism in secondary provinces. He went on to say that the number of arrivals from ASEAN countries matched those from China, while the number of arrivals from South Asia, mainly India and Nepal, also rose significantly. Arrivals from Taiwan, Hong Kong and Japan also showed good growth, according to his comments in The Nation.

His comments defy the current narrative from hoteliers, tour group organisers, travel agents, airlines and local business people in popular tourists zones who claim that current tourist numbers have slid up to 30% on tourist traffic a year ago.

But, apart from the recent four month droop in numbers, Weerasak has overseen a tremendous growth in tourist numbers since his elevation to the Ministry in November 2017.

In his parting comments as Sports and Tourism Minister also said that promotions should be offered for niche travellers, such as family groups as well as people who love sports and adventure, and those who are health conscious.