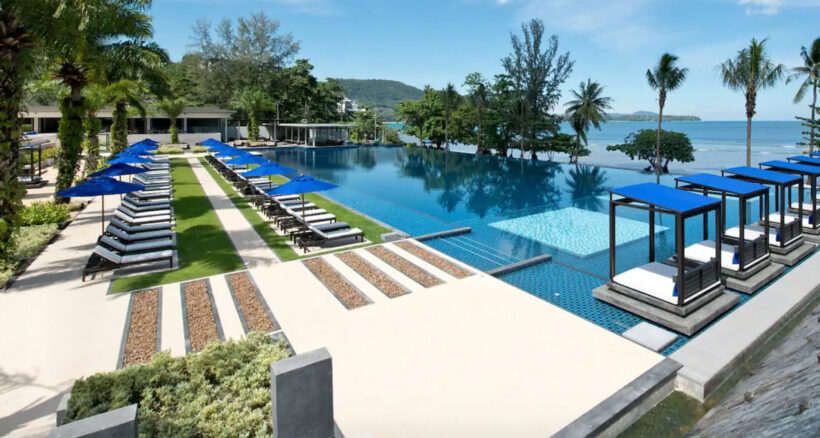 Hotels in Thailand, particularly in Phuket and some surrounding regions, have been hit with a double whammy. First the whole Covid-19-related wipe-out, now a cash-flow problem brought about after the TUI Group – an Anglo-German multinational travel and tourism company – has stalled repayments for hotel rooms.

The amount owed to Thailand hotels is believed to exceed 2 billion baht. TUI is in the top three tour operators in Thailand and brings in significant numbers of tourists from Germany, Scandinavia and Britain. There are at least 2,000 hotels in Thailand who partner with TUI.

TUI Group has sent letters to hotels asking to delay repayment on debt. That’s pushed 12 tourism associations in Thailand to file a complaint with the government asking for help to resolve the situation.

Regional hotel consultant, Bill Barnett from c9hotelworks.com says that hotel owners are in the midst of a perfect storm situation where their forward cash flow is virtually stopped due to forced closures and a significant issue of uncollected debt from a leading wholesaler.

“It’s a high-season hangover. Given the island’s (Phuket) shift towards mass tourism the reality that for a large number of hotels is over half of their revenue comes from wholesale groups like TUI Group. The unpaid rooms are for the January-March quarter.”

Different hotel operators receive slightly varied conditions from TUI based on their locations and contracts but most have been asked to accept 25% of the owed monies within 10 days after signing a new contract, while the remaining debt will be paid “when TUI’s business is back to normal”. The lack of any defined debt repayment timeline is another concern for the hotels who wallow around in financial limbo.

“We understand tour operators are facing a financial shortfall because of the pandemic, but forcing us to comply with this new contract will rub salt in our wounds as we have also suspended operations and are avoiding layoffs.”

Angkana Tanetvisetkul, president of the Kata Karon Business Association, noted that other Europe-based tour operators are also asking for payment delays or instalment payments, “…but the deals are acceptable as there is a clear timeline that allows hotels to manage cash flow”.

But Bill Barnett noted that the tour operators are in deep financial problems of their own and probably have no choice but to pass their debt issues down the line.

“In the Covid-19 situation a number of these operators in Europe and elsewhere have staggering cash flow issues and are caught between paying debts from the high season and covering cancellation charges as well as refunding their travelling customers.”

“It’s a massive ‘Catch-22.’ The problem gets worse for hotel owners, as Online Travel Agencies are keen to refund customers to retain their reputation, and hotel groups through their distribution systems are doing the same.”

“Sadly hotel owners in Phuket are getting caught in the crosshairs of vested interests. Expect this stress to continue as the new-norm will probably result in negotiated settlements and ultimately debt write-offs by island hotels.”