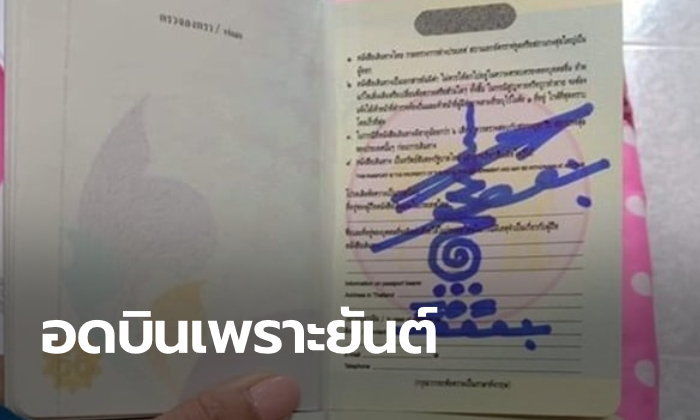 Thai-language news outlet Sanook reports that a Thai citizen, travelling as part of a group tour to South Korea, has been refused permission to fly as a result of writing found in the passenger’s passport.

The story, covered by ThaiVisa, says that one of the pages in the passport had a ‘mystical’ symbol drawn on it.

It’s understood that this symbol is supposed to bring good luck and protect the bearer but sadly all it did was get them refused permission to travel. So, yeah, not good luck.

A representative from Cherry Tour spoke to the other passengers and reiterated the warning that a passport is an official document, meaning that defacing it in any way can render it invalid.

Good advice for any travellers. If you want to scribble or draw mystical symbols, get a colouring book.