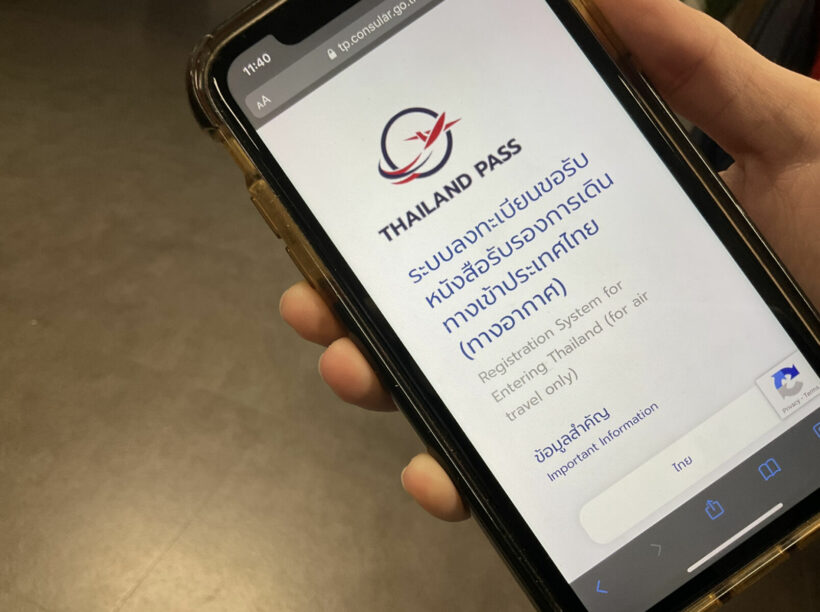 After some glitches with the Thailand Pass, which is required to enter the country, the system is being improved to make it more convenient for those travelling to Thailand. PM Prayut Chan-o-cha ordered government agencies to quickly fix the system to ensure there are no delays with the approval process, adding that foreign tourism is essential for reviving Thailand’s economy, according to a government spokesperson.

The email database collected through the Thailand Pass system has appeared to be compromised as some applicants have reportedly received spoof emails warning them that there is a problem with the request The email asks the applicant to download a document, but only from a PC. The government later came out with a notice warning applicants about the email, saying it does not come from Thailand Pass and “could compromise the security and privacy of your personal information.”

Applications approvals have also taken time to process and travellers need a QR code from the Thailand Pass system to enter the country. A spokesperson says the Digital Government Development Agency Public Organisation has accelerated the approval process, sending travellers a QR code within seven days.

A system linked to the Thailand Pass is used for tracking test results and hotel reservations once travellers have arrived in the country. On Day 1 and Day 5 in Thailand, travellers under the Test & Go quarantine exemption scheme need to undergo an RT-PCR Covid-19 test and book a stay at a hotel approved by the Safety and Health Administration.

The so-called Thailand Pass Hotel & Swab System receives data updates from the Thailand Pass system every hour. It also takes around 10 to 15 minutes until it can issue a “pending approval” message. A government spokesperson says agencies have suggested adding more servers to the system to improve the auto-approval function.

Thommo
On 2/17/2022 at 3:02 PM, RedBirdy said: If they just had PCR negative in the last 72hr and maybe the insurance, I would be looking to book today! Ill leave it at that 48 hrs prior if you happening to…

Thommo
On 2/18/2022 at 9:22 AM, DoUKnowWhoIAm said: That's right, the QR code is just a stunt. Theyll check all documents at multiple stations on arrival at Suwanapumi. Remember: Copy is king! Me experince has not been the case, Just looked…

AussieBob
On 2/18/2022 at 11:31 AM, Dooges said: There are four of us here in Australia that are planning a trip to Thailand in April. The total spend on this trip including golf package with GolfAsian and spending money will be…

Soidog
PM Prayut “orders”. Another piece of patriarchal clap trap. Why doesn’t he “order” an independent investigation in to why the process failed so miserably in the first place. Identify the processes and systems which caused the problems. Learn from the…