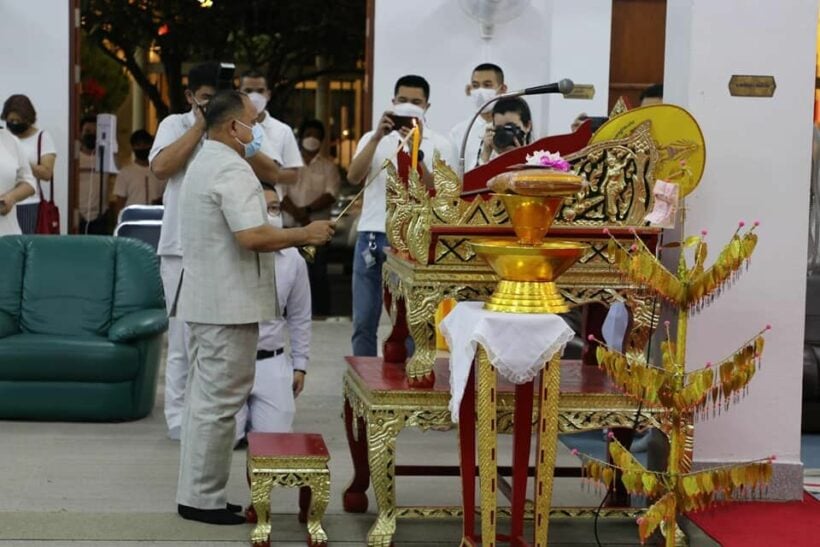 The governor of Phuket went to a temple ceremony for Makha Bucha Day yesterday. The governor and other Phuket officials dressed in white and listened to a monk give a sermon about how to apply the principles of Buddhism to their everyday lives. Buddhists often call these principles Dhamma. Attendees later paraded around the ordination hall three times as an offering to Buddha, hoping to bring good fortune to themselves and their families.

Phuket’s public relations office said in a report that the Phuket Provincial Office of Buddhism organised the event. Makha Bucha Day is Thailand’s second most important Buddhist holiday. It falls on the full moon day of the third lunar month in Thailand, Laos, Cambodia, and Sri Lanka. It commemorates the day when Buddha preached his principles to his first 1,250 disciples in a bamboo grove. Thais usually spend Makha Bucha day going to temples to hear monks give sermons, and giving monks alms. They might also recite Buddhist scriptures themselves.

On Makha Bucha Day, alcohol sales are banned in Thailand. Other behaviours that devout Buddhists try to avoid on this day are gossiping and lying, eating meat and harming living things, and sexual promiscuity.