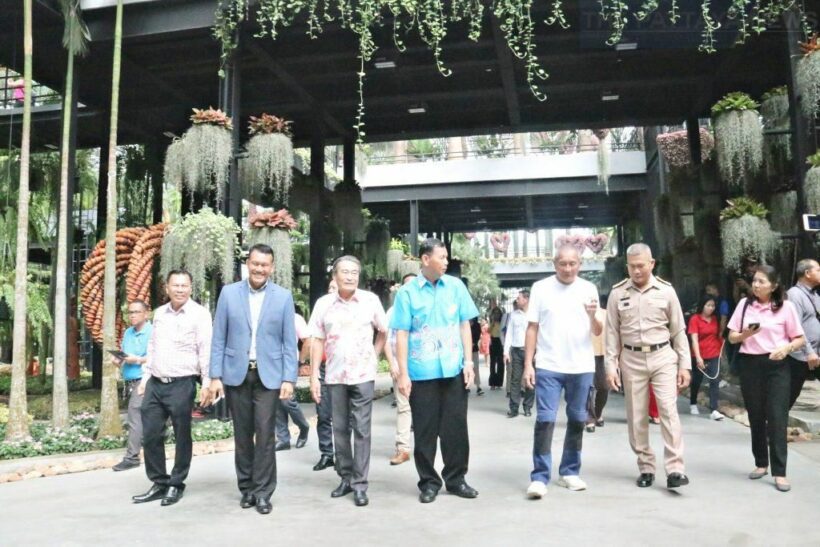 Pattaya luminaries, community leaders and business owners met yesterday at Nong Nooch Tropical Botanical Garden to discuss the effect of the Wuhan Coronavirus on local tourism and ways to minimise the damage.

The deputy Governor of Chonburi province, where Pattaya is located, travelled to Nong Nooch Gardens to meet with the director of U-Tapao Airport, the director of the Pattaya branch of the Tourism Authority of Thailand and the deputy Mayor of Pattaya, as well as the president of Nong Nooch Gardens. Several other important local business and government figures also attended the tourism talk-fest.

They discussed what can be done in response to China’s outward group tour travel ban, which took effect today and is expected to heavily impact the numbers of Chinese tourists into the region. Many employees and business owners whose businesses rely on Chinese tourists have expressed worry on social media.

U-Tapao Airport’ director told The Pattaya News of his concern as many Chinese tourists arrive at the airport on direct flights for their holidays. He said temperature checks are in effect for travellers coming from areas with a history of the virus and that authorities are using the “utmost caution” to protect locals and tourists.

“The ban doesn’t affect tour groups already in the country and all possible precautions are being taken until they return home.”

The director of the Nong Nooch Garden says that despite the travel ban the park has a significant backup plan, partially relying on heavily discounted and even free tickets, and touted the construction of the new “Sky Garden.”

Bill Barnett from c9hotelworks.com says the whole of Thai tourism will take a significant hit from the drop in Chinese inbound tourism. Read about that HERE.