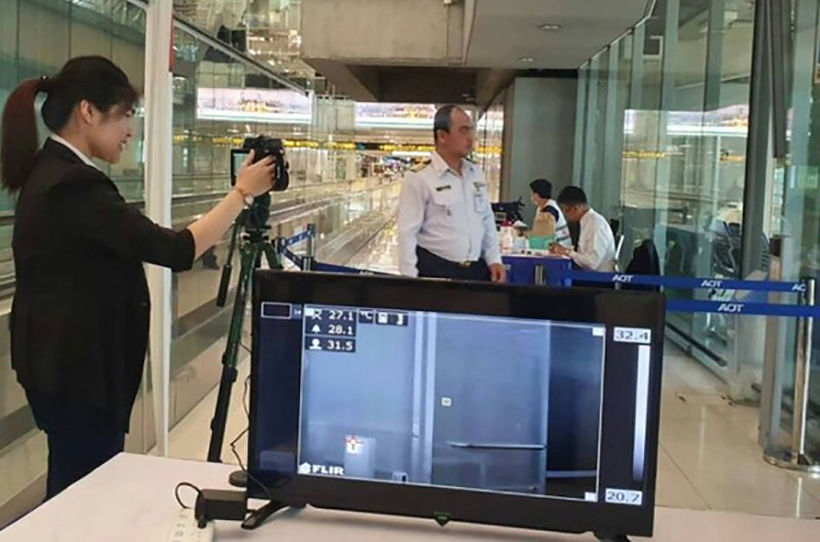 “Passengers with any suspicious symptoms detected during the initial screenings after landing will be quarantined for medical examinations.”

Airports of Thailand says they are monitoring a the detection of some cases of viral pneumonia from Wuhan flights coming out of China. They say that six airports are now ready to cope with the situation by setting up international communicable diseases control checkpoints.

Preliminary checkpoints will now monitor 10 flights from Wuhan to four major Thai airports. The OAT President said that his organisation had been informed by the Department of Disease Control that Chinese authorities are investigating the minor outbreak of viral pneumonia and its likely causes.

The AOT, which manages six major airports in Thailand, at Suvarnabhumi, Don Mueang, Phuket, Chiang Mai , Hat Yai and Chiang Rai, has told its staff to be on alert for any suspected cases of the treatable virus.

The AOT’s six airports say they are co-ordinating and monitoring the situation by requesting cooperation for the flights to land at specific gates where the disease control checkpoint has been set up to measure body temperature in order to filter out any viral suspects who be showing symptoms, before passengers can proceed to the immigration checkpoint.

“Passengers with any suspicious symptoms detected during the initial screenings after landing will be quarantined for medical examinations.”

Meanwhile the Public Health Minister Anutin Charnvirakul visited screening stations at Suvarnabhumi airport yesterday confirming that 500 travellers arrived there from Wuhan each day over the weekend but are yet to detect any passengers showing signs of pneumonia.

The AOT also has increased the frequency of cleaning its bathrooms. In addition, for people travelling from risky areas, especially young children and the elderly, those who experience symptoms such as fever, cough, sore throat or runny nose can ask to see a doctor or health official immediately with any potential pneumonia complications or early onset.

The Department of Disease Control hotline is 1422. Passengers can inquire about AOT’s flights and services at AOT call centre 1722, 24 hours a day. 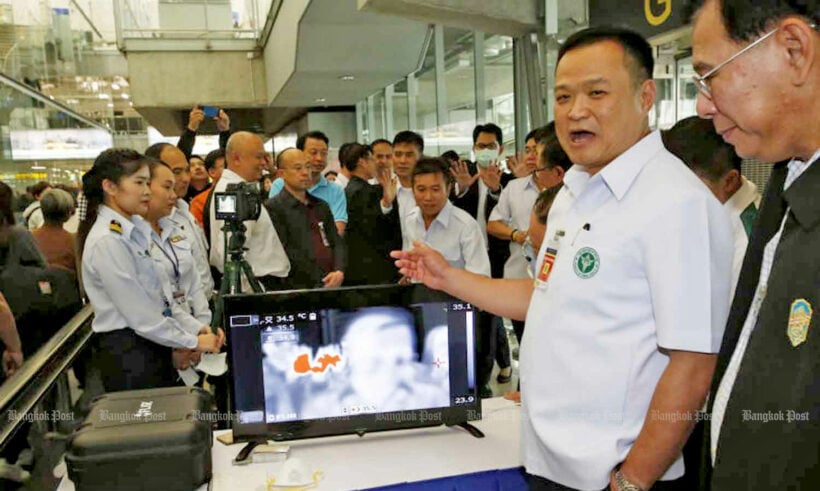