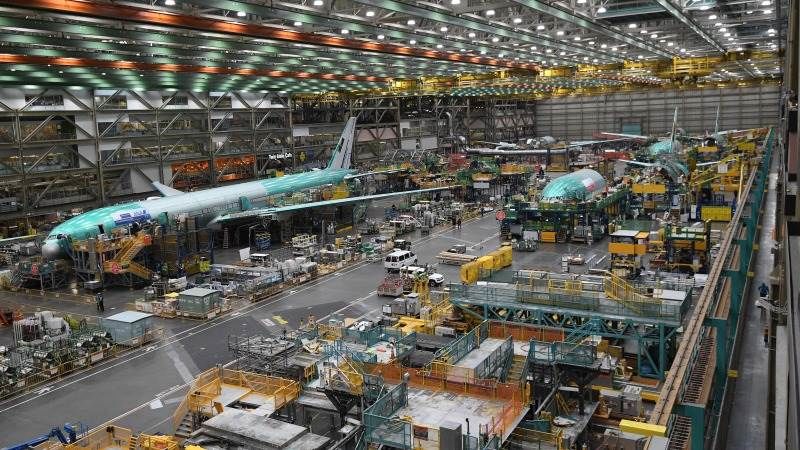 “The data show American factories remain plagued by pullbacks in business investment at home, softer demand throughout the world and, until recently, an escalating trade war between the U.S. and China.”

US manufacturing had a tumultuous year in 2019 with the weakest monthly performance for a decade, with orders shrinking and factories continuing to roll back production. The closure of the Boeing 373 Max production line in early December was a final punctuation mark in a poor performing year (although largely un-related to the US manufacturing sectors’ problems).

Stocks and Treasury yields, already posting lower after a US airstrike killed one of Iran’s most powerful military leaders, extended declines following the report. The Institute for Supply Management’s purchasing managers’ index fell to 47.2 in December from 48.1, the fifth straight month of contraction

It was the Index’s worst reading since June 2009, marking the eighth decline in the last nine months. Any readings below ’50’ indicate activity is shrinking.

“I think that unplanned factory closures and extended holiday periods had a part to play on the production side and likely the employment side. Fifteen of the 18 manufacturing industries reported contraction in December, led by apparel and wood products.

The US’s two most-watched manufacturing surveys pointed in different directions in the November figures underscoring disagreement among economists and investors on which index offers a more accurate picture of the sector.

The ISM index averaged a reading of 51.2 for all of 2019, but it was also the lowest in a decade. That’s down 7.6 points from 2018’s average, the steepest drop since 2001. But the two indexes agreed that December was a poor month for the sector.

A partial trade deal between China and the US was announced on December 13. US President Donald Trump says he will sign it on January 15.

“While a thawing in trade relations (with China) could help, factories still face the repercussions of policy uncertainty, a weak corporate investment climate and a step down in global growth that will have a lingering impact on factory decisions in 2020.”

Back to Boeing, the US aircraft manufacturer has told its suppliers to suspend parts shipments starting in mid-January following the grounding of the aircraft and ceasing of production. Boeing’s problems will probably be a drag on manufacturing for the next four to six months (assuming the US FAA gives the 737 Max a go ahead to take to the skies again).

The imports gauge contracted for the eighth time in nine months and the export gauge dipped further below the line between expansion and contraction.