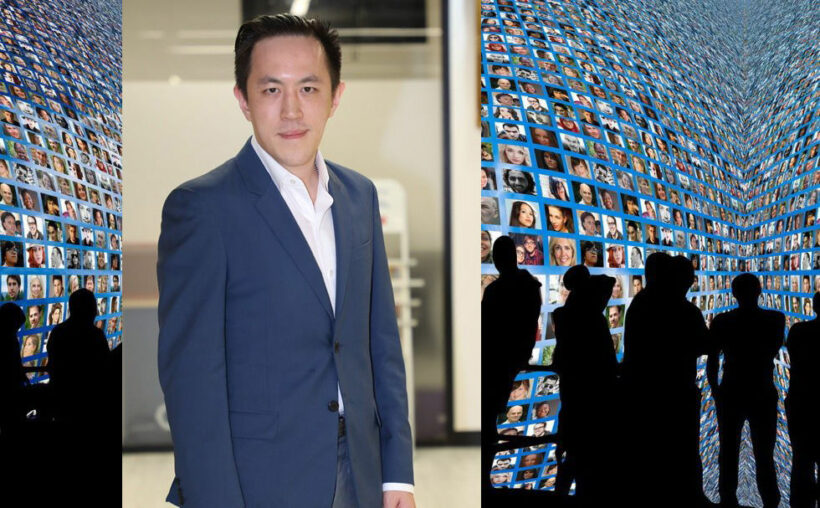 Thailand’s media giant Nation Multimedia Group say they are poised to ride the new “digital wave” to tide over the industry disruption brought about by technology, group chief Shine Bunnag said while outlining his vision.

Shine, who is chairman of NMG’s executive committee, said in an interview with Krungthep Turakij newspaper that with the disruption caused by technology, media was one of the first businesses to be severely impacted as people increasingly became consumers of online media.

“This resulted in advertising revenue moving away from traditional media, such as newspaper, radio, or even television which became a victim of intense competition due to the high number of channels and the battle for eyeballs with the digital media.”

“We will fully penetrate the potential of digital media, which will be our major cash-cow business to generate revenue for the group over the next 10 years and make up for the slide in revenue of traditional media,” he said.

Shine says that he aims to increase the revenue contribution from digital media from 15% at present to 25% in the next two years through two newly established business units – ‘Digital’ and ‘Digital Intelligent’. 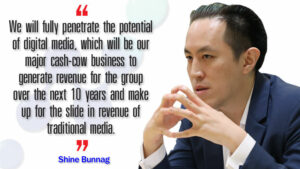 “The new Digital business unit will combine all online platforms of the group under one roof so that we can synergise our strengths. We found that today our online media have combined page views of about 10 million a day, which is one of the highest in Thailand’s media industry.”

“Our online platforms, however, plan to increase the number of page views to about 20 million a day within the first six months of establishing the new business unit, which will kick-off in September.”

Shine said that 10 million page views is the group’s database and the “new crude oil”, which is a high-value asset and the group’s community will create more value addition.

“We will follow the behaviour of these 10 million viewers in the digital world for who they are, and what their preferred interests are. Such valuable data will be used for our content production as well as ad sales, which will directly target the consumers, which are currently fragmented.”

“That is the duty of the new Digital Intelligent business unit, most of whose staff have been recruited from the technology field.”

Shine said the group’s change in direction has been necessitated by the digital game and the media disruption.

“It will be goal of the digital media to generate sustainable revenues and to promote credibility, which is the heart of the media business.”

“I want our ad buyers to be able to measure their ad campaigns banking on our media. Our media people will also work independently and not worry about the impact of their written work on revenue,” he said.

Shine said advertising revenue from the group’s television business will be flat or slow down, as younger consumers aged below 30 watch less TV and spend more time with alternative media to view their preferred content, such as re-runs of soap operas and variety programs.

“The golden age of the television business is over, similar to print media.”