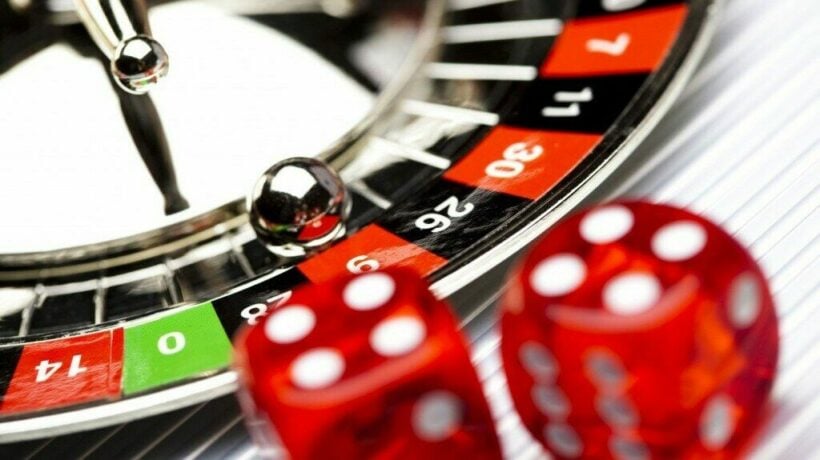 Pattaya Police raided a suspected gambling operation yesterday afternoon. 4 people were arrested, consisting of 3 suspected gamblers and the homeowner. The Region 2 Police and the Pattaya City Police combined forces to stage their raid on the house in Nong Prue, a town municipality in Pattaya.

The Pattaya news says the raid is a result of the police being tipped off by a “concerned citizen” that suspected the house was being used as an illegal gambling centre. Their suspicions proved, allegedly, true when police raided the residence. The 3 alleged gamblers and the homeowner, 33 year old Supawadee Rueangdet, were arrested and then brought to the Pattaya Police station for further legal proceedings. Police also seized 18 computers as evidence.

“We had about three to five gamblers each day at the house. When they win they receive about 8,000 baht to 10,000 baht. We found customers by advertising through social media and over the internet”, says Supawadee.

The head of the Region 2 Police Cyber Taskforce, Sutthisak Wantee, says the operation had been operational for about 3 months. He adds that the gambling den links up with an even larger gambling operation in Thailand and police are working towards tracking the rest of the gambling related criminals down.

Sutthisak went on to say that the homeowner is facing charges of operating an illegal gambling den and illegally advertising for online gambling. He adds that the gamblers also face legal consequences.

Last June, police busted online gambling operations in Bangkok, Kamphaeng Phet, and Pathum Thani. It was not stated if yesterday’s raid connected to these raids.

palooka
"Gambling operation" WOW A WHOLE 3 punters and the owner, give us a break.

Rain
14 minutes ago, palooka said: "Gambling operation" WOW A WHOLE 3 punters and the owner, give us a break. Not the act so much as it is particular interests nothing receiving their cut.

Customers are welcomed back by the OneSiam Group