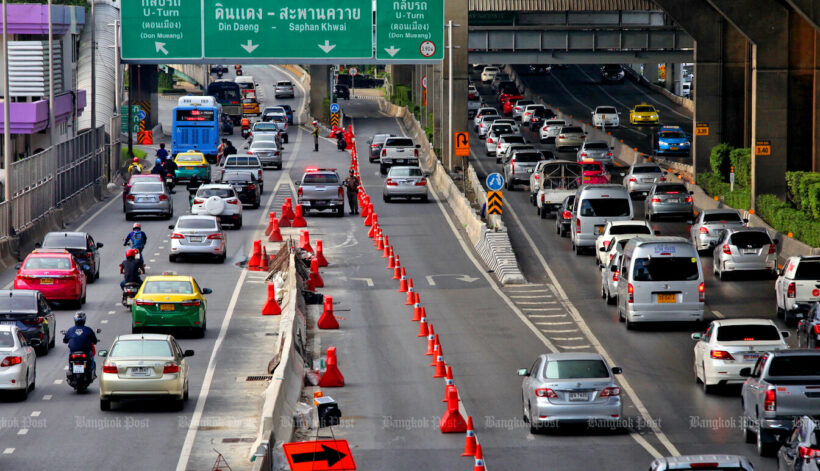 37 Thai provinces, out of 77, have now imposed a 14 day quarantine on travellers from Bangkok, Nonthaburi, Pathum Thani, Nakhon Pathum and Samut Prakan – basically Bangkok and surrounding provinces. These provinces are now considered Red Zones under maximum control . Expect more provinces to follow with restrictions for people from these provinces around Bangkok, and the Capital itself.

Songkran, officially, is tomorrow, April 13. But the annual exodus started on Saturday. 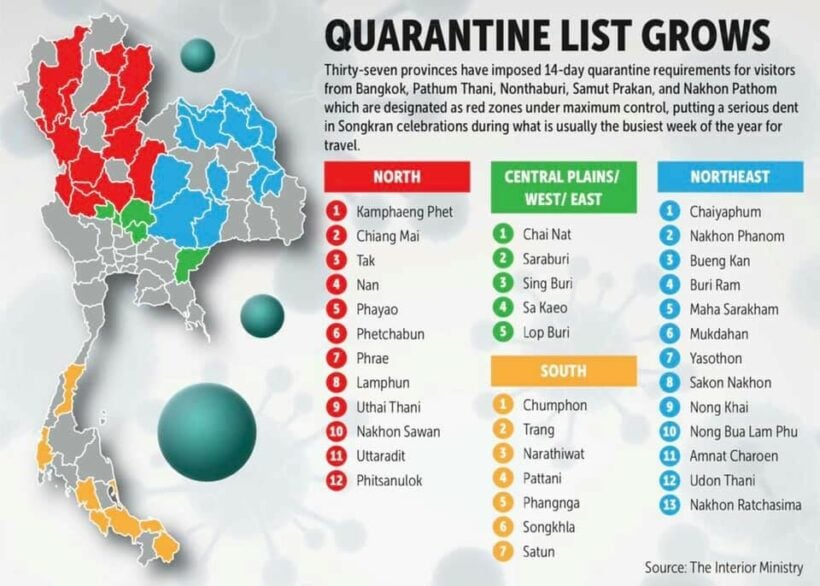 The provincial restrictions, in some cases, will accept a negative Covid test as an alternative. But you expect some delays whilst travelling between provinces over the next week of Songkran celebrations. The annual migration to home provinces by Thais is the biggest movement of people in the country each year, the exact opposite to what you would want during a potential outbreak of new infections.

Here’s the full breakdown of new local Covid-19 infections for Monday, April 12 from the NBT… 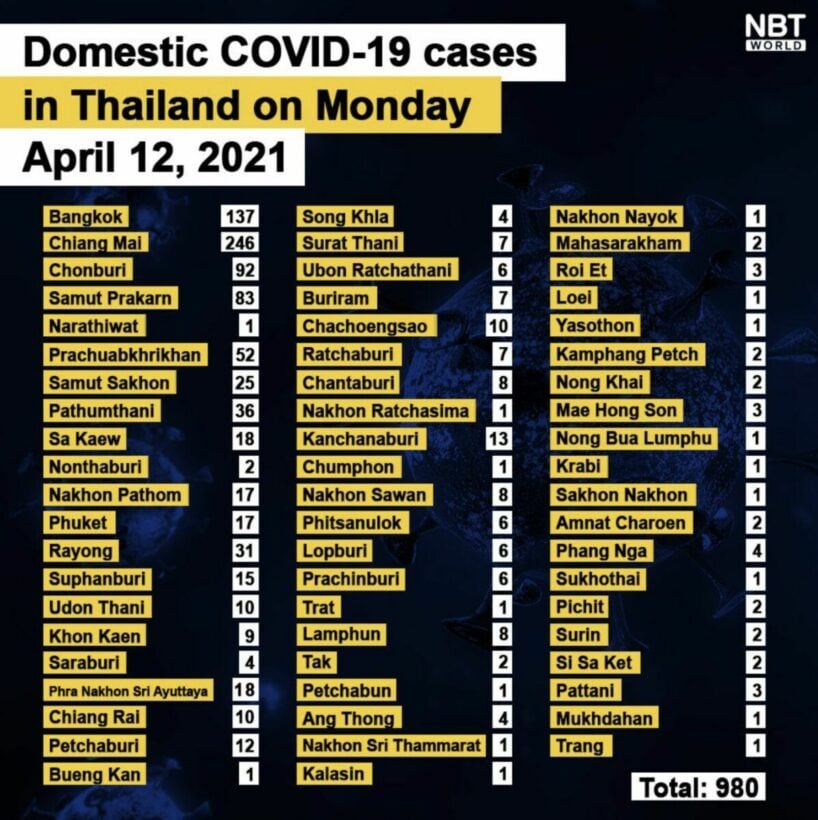