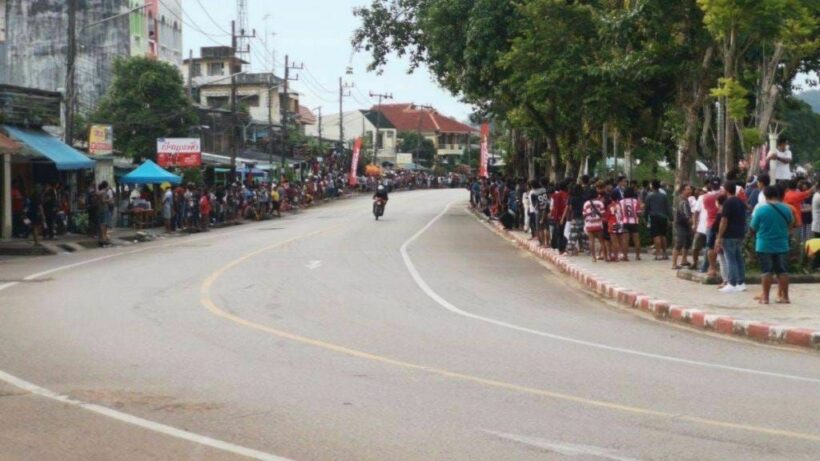 A teenage boy has died and a 2 year old child is in critical condition after an accident yesterday at a motorcycle racing charity event near Krapang Surin Public Park in the southern province of Trang.

A motorcycle racer lost control and crashed into the watching crowd alongside the racing track causing 1 death and injuries to 7 people. Sixteen-year-old Monton Chooyoung died as a result of the accident while 2 year old, Boonrit, is seriously ill in hospital after cracking his skull. The 6 other members of the injured crowd are in Trang Hospital being treated for broken arms and legs.

The incident occurred on day 2 of the charity event under the name Krapang Surin Road Racing. The unnamed rider fell and crashed into the crowd. He was seriously injured as a result and remains in hospital, unconscious.

The accident is all the more galling after pictures posted on social media reveal there were no security measures or traffic barriers in place to protect watching members of the public, and the fact that the event had been cancelled for 10 years because of a previous death and injuries to competitors and members of the watching crowd.

A 42 year old woman, Petcharat Chuaykaeng, who witnessed the incident, told media that the motorcycle racer had lost control at the start of the race because one bike hit another while jockeying for position.

The media also reported that one of the event’s staff members tried to stop reporters from taking pictures and interviewing witnesses at the scene.

The media reported compensation and responsibilities would lie with the event promoter.