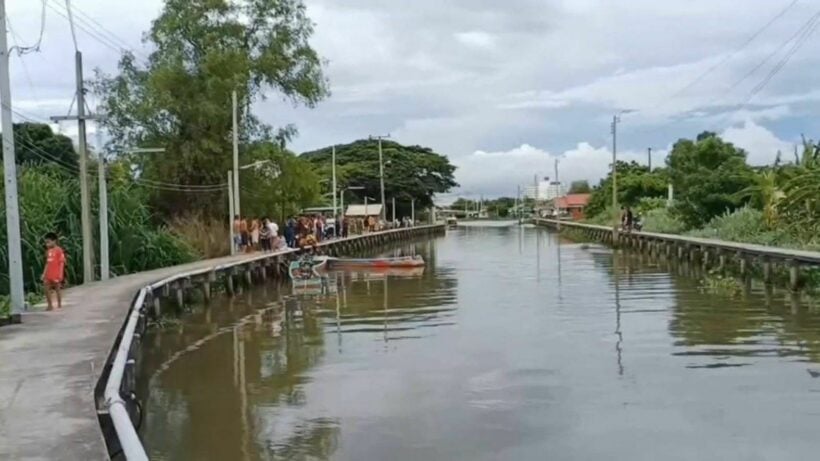 The captain of a canal boat was killed yesterday afternoon after his vessel collided with another boat on a canal in the Bang Bo district near Bangkok.

The 32 year old man, Prasit Nadam, was navigating his long-tail boat when it collided with another similar vessel at 4.30pm in Khlong Kalaya canal at Moo 2 village in tambon Bang Bo.

Passengers in the other boat were husband, Saichol Yunuch, and his wife, Nusara Wongpongsawiwat. The resulting collision saw Prasit fall and hit his head on the boat and fall overboard.

A nearby resident, Sarawut Thongnon, witnessed the incident and dived into the water to try and save the younger man. But by the time he got to Prasit, who was bleeding from the head, he was losing consciousness beside his sinking boat.

Police and rescuers of the Ruam Katanyu Foundation were sent to the scene while the injured 50 year old husband and 52 year old wife were admitted to Bang Bo Hospital for treatment.

Pol Capt Jakthong Kammapol, a Bang Bo investigator, reported that witnesses told them the two boats were travelling in opposite directions and collided at a bend in the canal.

Police were still investigating the incident and are yet to determine who was at fault and how the man died.