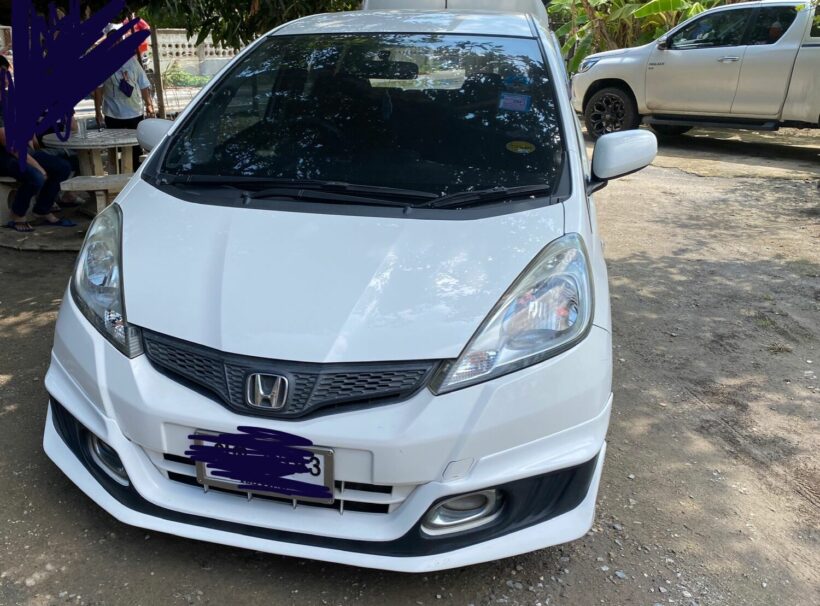 A group of holiday road trippers from Pathum Thani got a horrifying surprise after finding a partial human body underneath one of their cars. The group was on their way to Koh Chang when they stopped at a petrol station this morning in the eastern province of Khao Saming.

The 10 holidaymakers reported the discovery at Sawang Sawai PTT petrol station at 6:30am. Police and rescue workers say the body was trapped under a Honda Jazz. They say there was no damage to the car as it appeared the car did not have an accident.

The driver of the car says he and 9 of his friends were travelling together in 4 cars, when they stopped at the petrol station to take a break. It was then that one of his friends noticed what looked like a body of some sort beneath his car. Media reports say there was an arm, legs, and torso found under the car, but no head.

The driver says they thought the body was a dead animal carcass and slowly backed up the car, only to find a partial human body. About 3 to 4 kilometres earlier, he said they all saw what they thought was a dog carcass on the road, but it was dark and could not clearly see what it was.

Their accounts stack up to what Swang Boonchuay rescue foundation confirmed as it arrived a couple of hours earlier to the scene of an accident in Chanthaburi province. Their search turned up nothing but then the team went out again a bit later and found human body parts scattered along Sukhumvit Road.

Police say they will examine the driver’s car while he is on holiday in which he will return afterwards to collect it.