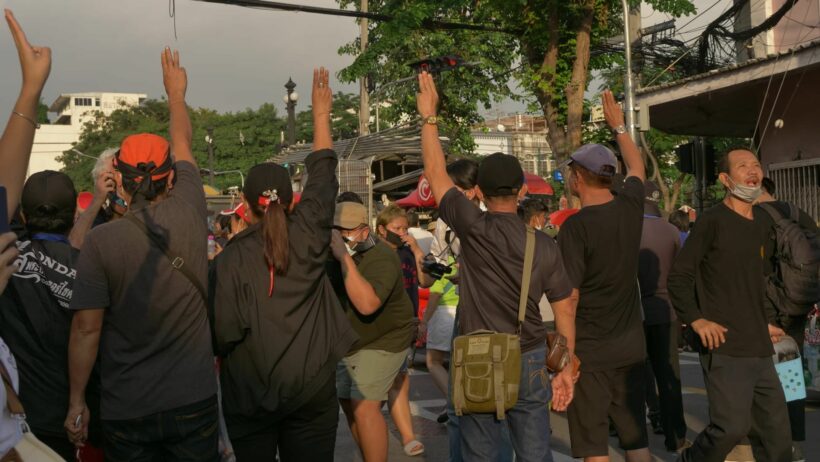 Despite the recent emergency decree banning public gatherings, as well as warnings from police, pro-democracy activists are planning to gather at Bangkok’s Rathchaprasong intersection at 4pm today.

Bangkok’s State of Emergency was imposed at 4am this morning, banning gatherings of more than 5 people. At least 20 people were arrested after the decree was announced, according to deputy police spokesperson Krissana Pattanacharoen. He did not say what charges they are facing.

The activists, who started yesterday’s rally at Democracy Monument, walked to the Government House in the afternoon and intended to camp out for a few days to put pressure on PM Prayut Chan-o-cha to resign. The protest route happened to be the same route as the HM the King’s motorcade, causing complications and a clash between the pro-democracy activists and the royal supporters.

Krissana warned the pro-democracy activists against joining the rally planned at the Rathchaprasong intersection today.

Student activist Panussaya Sitthijirawattanakul read a statement before she was taken into police custody, saying the emergency decree is a crackdown on the democratic process. Former leader of the disbanded Future Forward Party, Thanathorn Juangroonruangkit, who supports the pro-democracy movement, says the decree was not warranted and called on the immediate release of all the protesters in custody. He added that the government should end the suppression “before the situation worsens to a breaking point.”

“There is no legitimacy for the state of emergency and for the dispersal of the rally.”