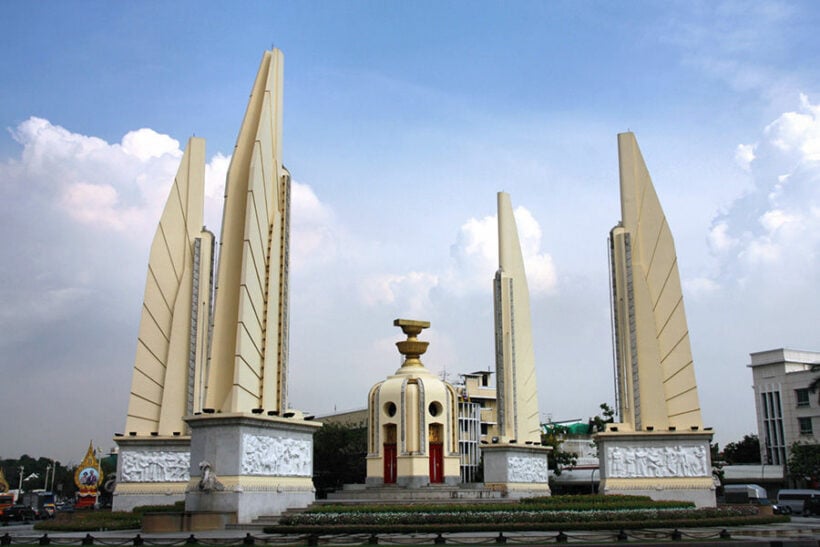 20 pro-democracy activists, arrested at yesterday and last night’s rally at Bangkok’s Democracy Monument, have been denied bail and continue to be held in a prison in the capital. The protesters, who include Jatupat Boonpattararaksa, aka, “Pai Dao Din”, and Chaiamorn Kaewwiboonpan, a singer-songwriter known as “Ammy”, have been charged in relation to the political gathering on Tuesday and Wednesday.

The Pattaya News reports that the pair were taken into custody with 19 other activists, with officials accusing them of not co-operating when the area was being cleared for a planned Royal motorcade the following day. It’s understood 1 activist has since been released as he is under the age of 18.

The others in custody all face several charges, including obstructing the police, throwing paint at officers and around a public space, as well as violating the Emergency Decree put in place to avoid a resurgence of the Covid-19 virus. Since their arrest, the PM has declared a separate State of Emergency for Bangkok, aimed at curbing escalating anti-government protests. It was announced at 4am. Shortly after police in riot gear moved on the protesters who had been ‘camped’ outside of government house for the night.

The Move Forward Party is attempting to negotiate bail for those in custody, with the arrests being criticised by groups such as Thai Lawyers for Human Rights and Human Rights Watch.

On Tuesday, protest leader Arnon Nampa took to social media to call on activists to assemble at the Bangkok Art and Culture Centre that evening, to push for the release of all of those arrested. Early this morning, Arnon himself was arrested as riot police arrived to clear a mass gathering at Government House. It’s estimated that at the height of the gathering, around 10,000 protesters were in attendance.

Protest planned at Bangkok’s Rathchaprasong intersection, despite State of Emergency