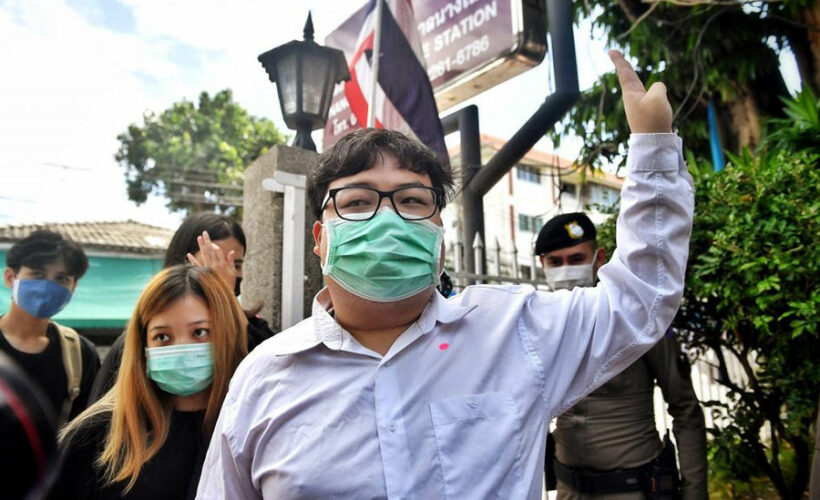 Protest leader Parit Chiwarak, aka, “Penguin”, says activists will no longer rely on volunteer security officers, but will instead bring in trained professionals. The Bangkok Post reports that Parit took to Facebook to announce that the People’s Movement has disbanded its team of volunteer security guards.

He says the group will now seek professionally trained personnel, to ensure their safety at future rallies, but did not say where they would come from. Until now, security at protests has been carried out by volunteer teams, including the We Volunteer group, who have often been seen on the frontline, dismantling barricades and other obstacles. The United Front for Democracy against Dictatorship has also provided volunteer security officers, with students and other people also volunteering at rallies.

Parit says the use of professionally trained guards will mean activists are better protected from the authorities, calling the security detail, the “main weapon”. However, he doesn’t rule out the need for volunteer security guards again at some point in the future.