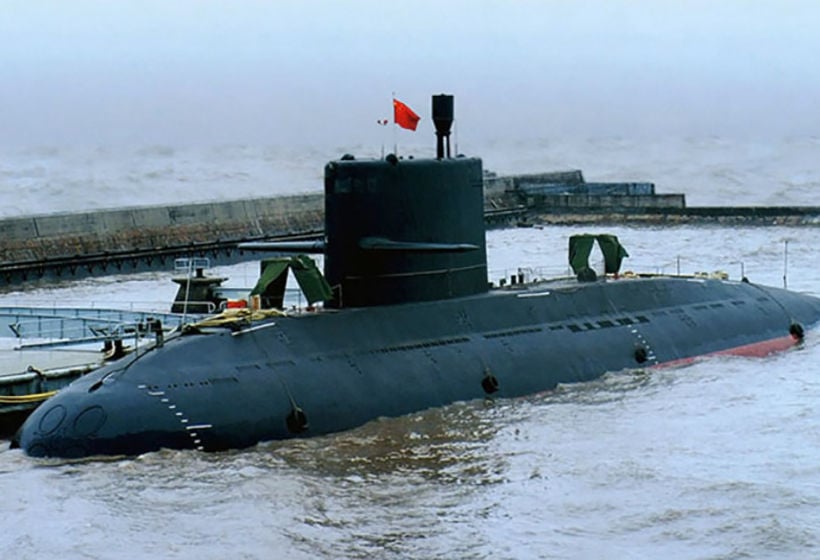 The ruling coalition voted yesterday to confirm the purchase of 2 more Chinese submarines, sparking public outrage as the economy sinks and businesses close from the impact of the Covid-19 ‘lockdowns’ and border closure. The Royal Thai Navy has been pushing for the purchase since last year. The House subcommittee for Procurement, ICT, State Enterprises and Revolving Funds, which is vetting the annual budget for 2021, voted 5:4 to spend 22.5 billion baht on the subs.

The vote was deadlocked after 4 coalition MPs from the Palang Pracharath, Democrat and Bhumjaithai parties approved the budget for the China-made subs, while 4 opposition MPs voted against. The opposition lawmakers were from the Move Forward, Pheu Thai and Seri Ruam Thai (Thai Liberal) parties. The chairman of the subcommittee, a member of the pro-military Palang Pracharat Party, voted in favour, resulting in approval of the budget. Each submarine will cost 11.25 billion baht.

The purchase is part of a deal signed by the military-backed government of PM Prayut Chan-o-cha to buy 3 subs from China. The first submarine was bought in 2017 and will be delivered in 2024 (earlier reports said 2023).

News of the vote spread fast on social media and sparked outrage among netizens. Many accused the MPs who voted for the purchase of wasting taxpayers’ money at a time when millions are suffering severe financial hardship from the coronavirus crisis. The vote comes amid a wave of anti-government protests nationwide, especially among students, and more recently, workers.

Netizens began sharing the names of MPs who voted for the deal, calling on citizens not to vote for them in the next election.

The deal may be reviewed during the upcoming second reading of the budget bill in the House of Representatives. If the purchase is approved by the lower house it will be automatically rubber stamped by the pro-government, hand-picked senators.