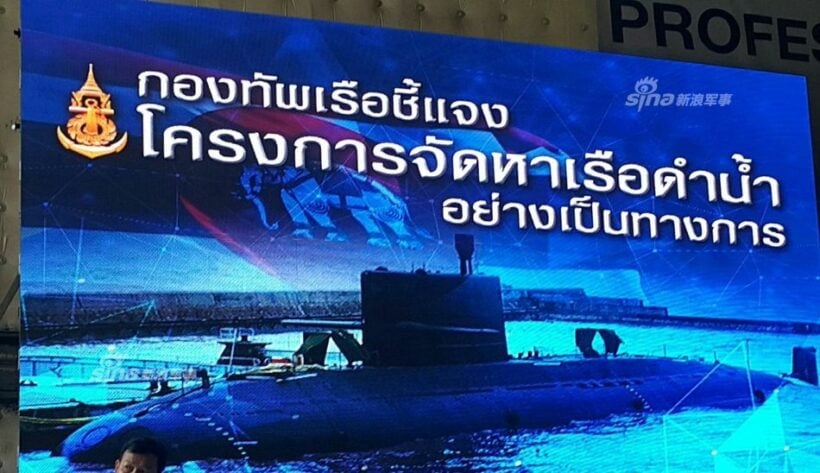 The Royal Thai Navy say they want to purchase a second submarine valued at 12 billion baht from China. Under the NCPO military government the cabinet agreed with the navy’s plan in 2016 to buy three submarines from China valued at 36 billion baht. The purchases would be spread over 11 years.

The navy says they’re now waiting for the new parliament to approve the government’s 2020 budget before the purchase of a second submarine can be approved.

Construction began in China on the first submarine for Thailand in September last year and is expected to be delivered to the navy in 2023.

The Navy has struggled to get interest from previous Thai Cabinets but the military government since 2014 was a lot more sympathetic to their requests. The Navy told Cabinet that there have been no submarine purchases for 60 years and the Thai Navy needs submarines to protect the countries marine and coastal interests “including the Andaman Sea and Gulf of Thailand” (we’re not sure what other waters it would be protecting??).

In 2011 the navy wanted to buy six German-made second-hand submarines at a cost of 7.7 billion baht but requests were rejected by the Yingluck Shinawatra government at the time. Since then there has been a political veer to the east and an increase in military spending with China.

British and Australian expats and tourists ponder the Thai baht