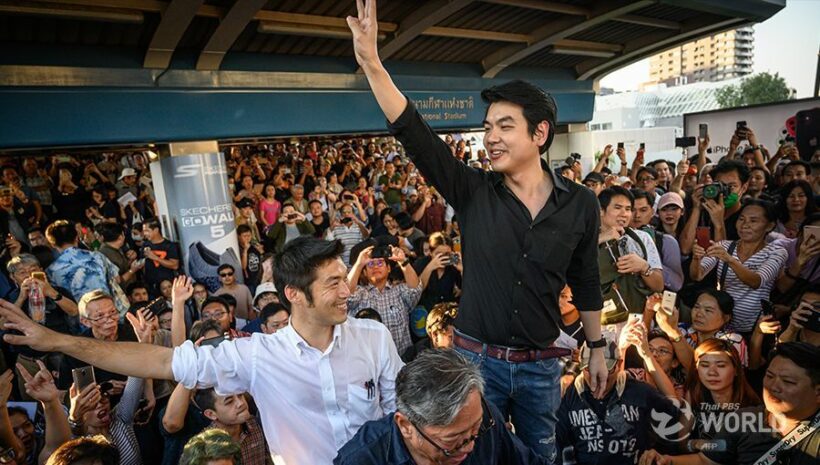 The public is split over what is now being called the opposition’s “flash mob,” and “Skywalk Rally” organised by the Future Forward Party in central Bangkok on December 14, but supporters slightly outnumber opponents, according to a survey by the National Institute for Development Administration, or NIDA Poll.

The poll was conducted on December 16-17 and included 1,277  Thai adults of various levels of education and occupations across the country.

Nearly half, or 48.6%, of respondents expressed their support for the political rally. Overall, 27.8% said they strongly supported it, saying  it was a call for justice and liberty and that they want the new generation to make a change. The remaining 20.8% voiced moderate support, saying people have the right to gather and demonstrate nonviolently.

(Percentages have been rounded up to the nearest .1%)

A slightly smaller 43.7%, opposed the demonstration. Some 15.4% voiced moderate disagreement, saying they are tired of political rallies, while the rest strongly opposed the gathering, believing it was driven by Thanathorn’s self-interest.

Other responses to the NIDA pol…

• 30.6% said it is the people’s right to rally peacefully. Another 16.8% said the rally was for the country’s future, while nearly that number, or 15.7% said they are tired of street rallies.

• 14.6% said it was would create renewed division and unrest, while 10.9% said it was a rally against social injustice. 10.3% said it was only intended to protect the Thanathorn and his struggling FFP;

• 4.3% said it showed disrespect for the law and social norms, with 2.8% saying the rally was illegal.

Thanathorn was disqualified as an MP in November for alleged campaign finance violations, and the FFP faces possible dissolution by the Constitutional Court.