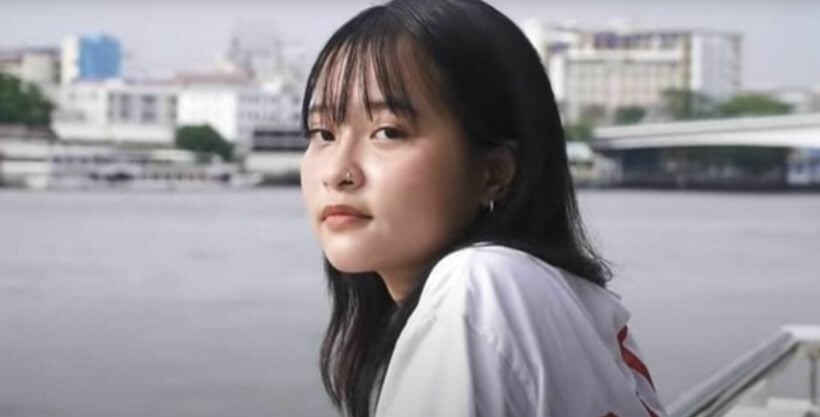 Tantawan “Tawan” Tuatulanon was granted bail by a Thai court today to get hospital treatment after falling seriously ill.

The 20 year old activist was immediately rushed to hospital for treatment after the Criminal Court gave permission at 1:30pm for her to be released from custody and placed under house arrest as she awaits trial on charges that she insulted the monarchy.

Tawan was granted bail for 30 days on the condition she wear a monitoring device, not leave her residence without court permission, and not do anything deemed to “insult” the Thai monarchy.

Protest groups say they are concerned about the health and safety of the young Thais jailed and fear they could die if they don’t get urgent medical treatment.

Thai authorities are well versed in targeting reform activists and a number of protesters have been thrown in jail and left to rot.

Thantawan ‘Tawan’ Tuatalonon, and other activists, including Nutthanit “Bai Por” Duangmusit, Netiporn “Pakbung” Sanesangkhom, and Sophon ‘Get’ Surariddhidhamrong, have been arrested over the past two months on a range of legal charges, including violating Section 112, or ‘lese majeste.’ Lese majeste is a French term which means “to do wrong to majesty.” And in Thailand criticizing the monarchy can result in a 15-year prison sentence.

The 20 year old Tawan has been repeatedly denied bail and on April 20 went on hunger strike in protest of her incarceration. Human rights groups and lawyers have requested immediate healthcare, because her health is rapidly deteriorating behind bars, but it has been ignored

“Tawan has been on hunger strike for 33 days now to protest such unjust and unwarranted treatment. This is a display of Tawan’s bravery and commitment to civil disobedience to resist abusive authoritarian powers.”

Kunthika Nutcharut, an attorney for Thai Lawyers for Human Rights who is working on Tawan’s case, went to visit the prominent activist yesterday and says she has “lost at least five kilos, her gums are bleeding, and needs help to walk.”

Over the past year, a number of democracy activists have become ill under similar circumstances while in detention.

Anon Nampha, a human rights lawyer and one of the first to call for monarchy reform, fell ill last year while in pre-trial detention. Panupong ‘Mike’ Jadnok contracted COVID-19 as he languished in prison last year. Panusaya Sithijirawattanakul, was hospitalised after a hunger fast in December.

Sunai says the government and judiciary system have continued to adopt an “out of sight, out of mind” tactic to handle these kinds of cases, often ignoring their medical conditions.

Thaidup
3 hours ago, astro said: If they were armed and stormed the Capitol - yes! 😉 But they didn't, they are incarcerated in Thailand under dubious pretense. What was the aim? Get rid of the monarchy and change the government?…
NorskTiger
On 5/26/2022 at 1:05 PM, MikeW said: You know they are scared or insecure when they have to lock up people for voicing their opinion Julian Assange knows that well.
NorskTiger
Realities are what they are. As long as China has a need to preserve the Malakka shipping lane, a new "color revolution" in Thailand is as likely as AMnesty International starting to take up Julian Assanges case on a serious…