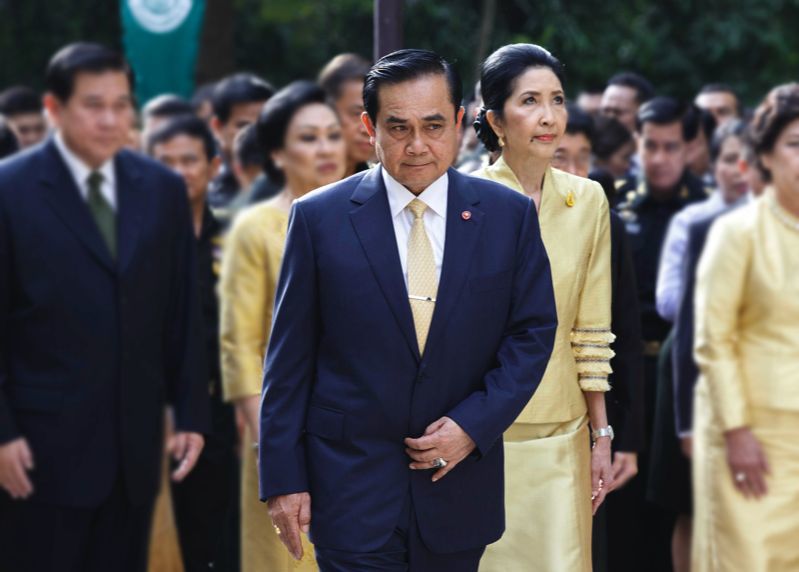 The Thai PM has decided to speak out about the “ongoing scourge of fake news” over an incorrect assertion that his wife is Muslim took hold on social media. Thai PBS World reports that Prayut Chan-o-cha says it’s a well known fact his wife Naraporn is a devout Buddhist and is regularly seen paying respect to Buddha images and presenting alms to monks.

Whilst confirming the situation over his wife’s beliefs, he also hit out at inaccurate reporting that the Government plans to raise taxes on feminine hygiene products, accusing a member of the opposition of having started the rumour. The PM says the public must use its best judgement when reading such reports and be careful about sharing fake news as doing so could result in legal action.

Katepreeya Kaewsaengmuang, spokeswoman for the opposition Pheu Chart party, already faces legal action from the Minister of Digital Economy and Society for having spread the fictional report of government tax increases. For her part, Katepreeya says she simply doesn’t want women to have the burden of increased taxes and claims her intentions were good in sharing the story.

It’s understood the PM’s office is also filing an official complaint against Future Forward spokeswoman Pannika Wanich. The complaint is being lodged with the computer crime police and accuses Pannika of distorting the motto issued by the PM for National Children’s Day, which was, “Thai Children must uphold unity and be responsible Thai citizens.”

Pannika is accused of changing this to, “Thai Children must go to Skywalk”, a reference to a recent rally held by Future Forward supporters at a BTS skywalk in Bangkok. She denies the allegation.