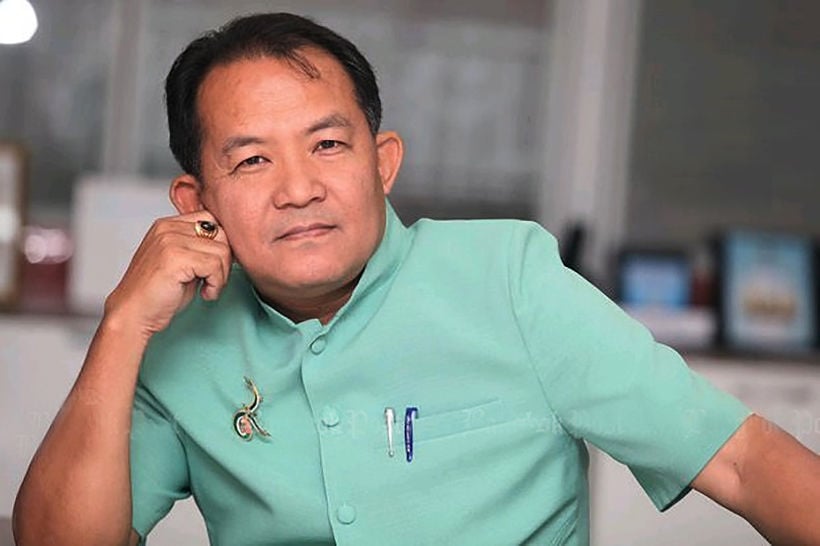 Thailand’s “complainer-in-chief”, lawyer and fan-boy for the current government, Srisuwan Janya, says he will ask the Election Commission to investigate if the Future Forward Party broke the law on political parties by holding a political rally in central Bangkok last Saturday.

Srisuwan, secretary-general of the Association for the Protection of the Thai Constitution, cited Section 45 and Section 92 of the charter. Section 45 of Thailand’s 2017 Constitution prohibits political parties and their executives from encouraging or supporting any public disturbance or threatening peace and order. And Section 92 allows the EC to ask the Constitutional Court if to dissolve a party if there is evidence the party has broken the law.

Party executives who violate Section 45 can be sentenced to up to 10 years in prison and fined up to 200,000 baht, and can be banned from politics for a period decided by the court.

Srisuwan claims the rally’s organisers, FF party leader Thanathorn Juangroongruangkit, party secretary-general Piyabutr Saengkanokkul and spokeswoman Pannika Wanich, all violated Section 45 by openly criticising and calling for the resignation of PM Prayut Chan-o-cha. He added that the rally was held without a permit, in violation of the public assembly law.

The Constitutional Court removed Thanathorn as an MP in November after deciding he owned shares in a media company when registering for the March general election. Thanathorn produced evidence during the hearing to disprove the assertion.

Thanathorn called Saturday’s rally on Friday, just after the EC voted to dissolve the Future Forward party for accepting two campaign loans worth 110 million baht loan from him, allegedly in violation of the Political Party Act.

Suthep Thaugsuban of the Action Coalition for Thailand, who led similar street protests against the Pheu Thai party’s government before it was ousted in the 2014 military coup, questioned whether the country benefits from rallies like the FFP’s.

Meanwhile, Thai Interior Minister Anupong Paojinda is openly expressing his disapproval at the Wing Lai Lung (“Run to Oust Uncle”, a reference to the PM’s nickname) running event organised by anti-government students for January 12 next year. Anupong says the country already faces many problems, so “people should use other means to raise issues.”