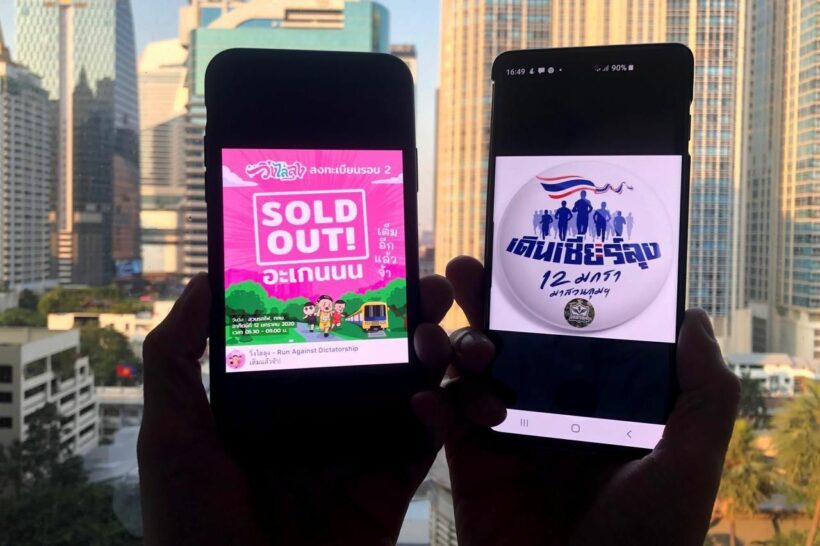 Over 10,000 people have registered for the “Run Against Dictatorship” in Bangkok on January 12, while government supporters say they are planning a rival event on the same day. The two events point to increasing political tension in Thailand, which has seen violent street protests and even coups in recent decades.

Critics say the general election in March was manipulated to extend the rule of junta leader and current PM Prayuth Chan-o-cha. They now fear the government will dissolve the vocal opposition Future Forward Party.

“We want to show the government the discontent that citizens have with the administration,” a university student who is helping organise the anti-government event told Reuters.

The rival event is being called “Walk to Cheer Uncle,” a reference to PM Prayuth’s nickname, Uncle Tu. Organisers say about 2,500 people have already registered to participate in the “Run Against Dictatorship” ‘spoiler’.

“This event is for the public, for all of us, in the name of the people who love Uncle (Prayut), love the nation and the monarchy.”

The events are to be held at parks 11 kilometres apart but at overlapping times. A spokesman for Maverick Consulting Group, a political advisory firm, says that the competing events could open the floodgates to more gatherings.