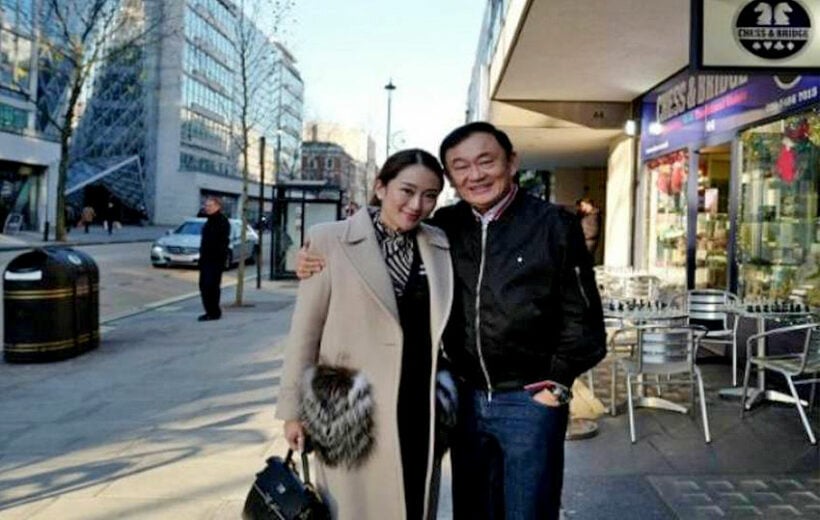 Former Thai PM Thaksin Shinawatra, who’s been in self-imposed exile since being ousted in a 2006 coup, has appeared in a photo with his daughter Paetongtarn Shinawatra posted on her Facebook page on New Year’s Eve. The accompanying message said that she is again celebrating New Year with her father abroad and that she misses her mother, siblings and three nephews.

On his own Facebook page, also on New Year’s Eve, Thaksin passed on his blessings to the Thai people hoping everyone could “overcome the challenges ahead, especially the declining Thai economy,” which he said would negatively affect small business owners and farmers.

According to The Nation, he said Thailand could “bounce back with the right strategy,” citing the 1997 Tum Yum Kung financial crisis that shocked the world and ended Thailand’s status as an Asian Tiger economy, and said the government should “deliver on the promises it gave to the people.”