Prompted by the abduction of Thai activist Wanchalearm Satisakit in Cambodia, a student group called  “Kob Plerng” (คบแพลิง) at Isaan’s Ubon Ratchatani University put up a string of posters of people assumed to be abducted by the Thai state. They were removed by university security this week. Ubon Ratchatani is one of the four major city centres in Isaan, north east Thailand.

It’s been over a month since Wanchalearm was abducted and his fate remains unknown. The posters were placed in front of the Faculty of Political Science, in a move meant to demonstrate the importance of protecting people’s rights from forced disappearances. CCTV footage from the early mornings of Wednesday shows university security removing the posters.

One of the students involved in organising the activity told Thai Enquirer that it was to expose the lack of effort from the government in finding information on Wanchalearm’s whereabouts.

“All I wanted to do was to demand the whereabouts of one person and I question the people that took down the sign… is it that dangerous? I don’t see how what I am demanding is against the law and this is another human being… we should help ask the government to find the truth about his case.” 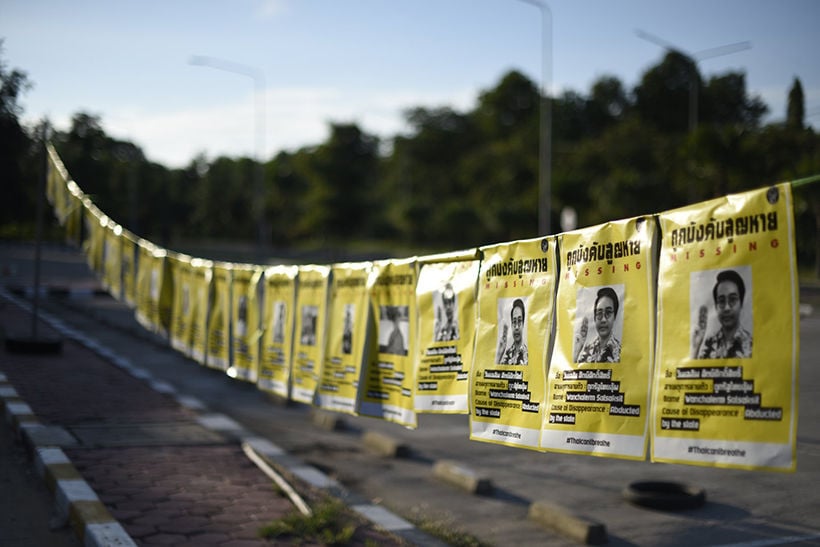 The dean of the faculty of political science at the university says he gave permission to the students to set up the posters in front of the faculty building.

“This proves that life does not matter to those that ordered this to happen on campus. What the students are fighting for is to protect the rights of people who have gone missing.”

“It raises a big question of whether we can feel safe on campus or not because of what happened. Would the students feel safe when they are expressing their opinion because of what happened? What if students come to study at the faculty at night, how can they feel safe? This is something that the university needs to explain to the students, to protect their rights and how their lives can be protected on campus.” 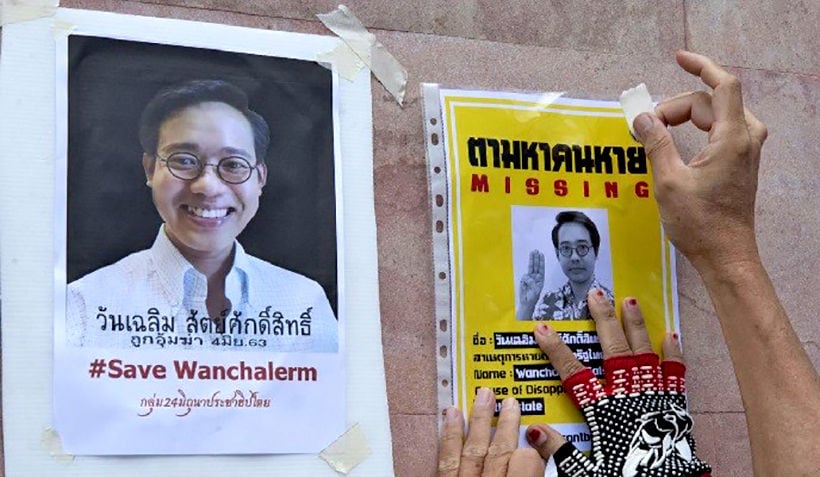