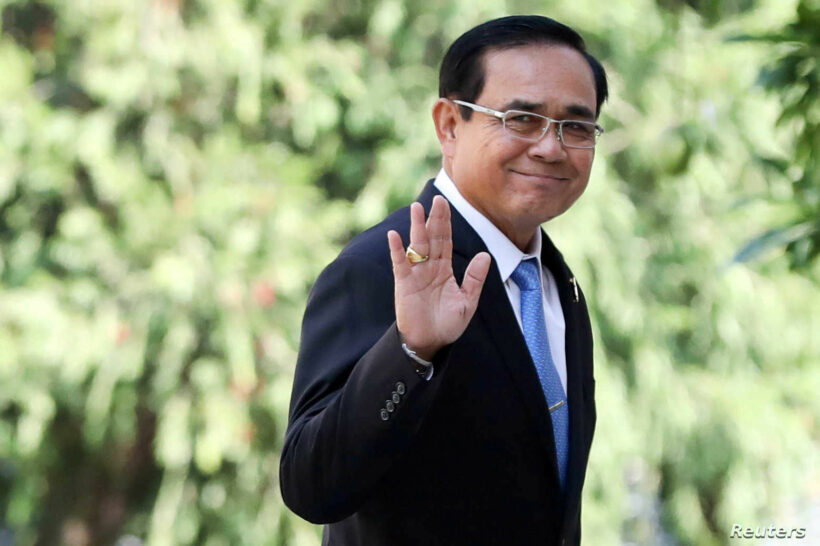 With his approval rating dropping and facing a parliamentary reprimand, and with a massive demonstration calling for his removal planned for January 12, Thai PM Prayut Chan-o-cha is urging all Thais to put aside political differences and “stop bickering and spreading hatred.”

“Make use of the mechanism of democracy to help build the country.”

In an impromptu speech at Government House yesterday, the PM told media that “good things are happening” and he wants the country to “move forward and not get dragged backward.”

He told parliament that he had devoted the last five or six years to working for the good of the people and the country “without yearning for power.”

Prayut said he never stops thinking about how to solve problems and does not mind being reprimanded, adding that he’s prepared to go to court if accused of an offence. He dismissed talk about his or his administration’s alleged corruption as “unsubstantiated” and “intended to incite hatred.”

“Is it the time to sow the seeds of hatred? Mud-slinging won’t solve anything.”

“Enough is enough. Let’s help build the country. Let’s listen to what the government is doing and what will be gained. If critics aren’t satisfied, they can speak up and the government will try to resolve the issues.”

The PM also warned opponents not to continually discredit him and his administration, saying it’s “useless as it is not within the justice process. No one would come to his rescue if he had committed an offence.”

Regarding the media, Prayut said he’s never persecute or bullied the media, despite constant criticism and satire by columnists and cartoonists.

“If they do anything wrong, they’ll be dealt with according to the law. I don’t need to issue an order. If we don’t use law as the foundation of the country, it won’t be a country, but something more primitive.”