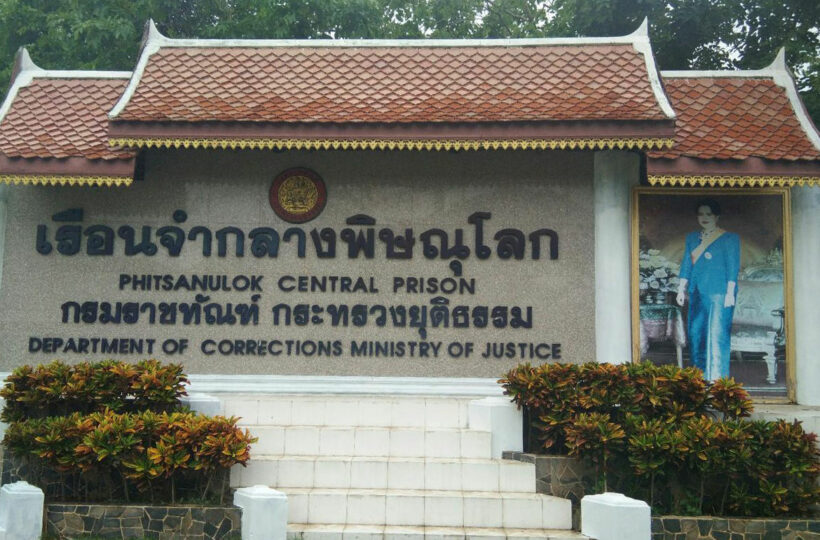 Following the deaths of four prisoners over the New Year break, the Phitsanulok Provincial Prison has sent another 24 inmates for treatment. All 24 were found to have high levels of “thyroid hormones and rapid heart rates”. Officials originally reported that the four dead prisoners had shown “symptoms related to food poisoning, such as numbness in the limbs caused by low potassium”.

The chief of Phitsanulok Provincial Health Office, Piya Siriluck, says his medical team found that, of about 3,000 inmates, 690 had high thyroid levels and low potassium, 24 of whom have severe symptoms, including numbness, muscle weakness and heart rates of up 140 beats per minute, symptoms usually associated with food poisoning. These inmates have been admitted to hospital, according to the Bangkok Post.

The health office officials divided the inmates into two groups according to their condition.

“One showed only minor symptoms and relatively fast heartbeats, while the other comprised emergency cases, with excessively fast pulse rates reaching 140 beats a minute.”

One of the four dead died of a high thyroid hormone level, while the causes of the other deaths has yet to be determined, according to Piya. He speculated that the high thyroid levels might have come from tainted food.

Naras Savestanan, the Director-general of the Corrections Department, agrees that the inmates suffered from hyperthyroidism from contaminated food, but claimed two of the prisoners died from heart disease.

He instructed the prison to check its hygiene and cooking equipment.