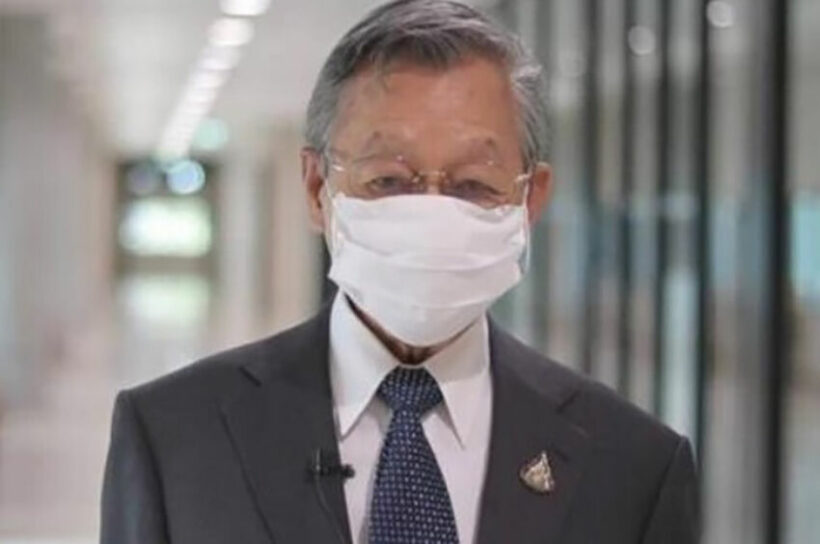 The Speaker of the Thai House of Representatives has insisted parliamentary business can continue as normal and that meetings are safe. Chuan Leekpai was responding to news that a number of MPs have tested positive for Covid-19.

According to a Bangkok Post report, the speaker is anxious to have sessions continue as normal, pointing out that there are strict Covid-19 prevention measures in place. Chuan says most infected MPs have now recovered and while there have been some new cases reported, the numbers are not particularly high. He believes the situation does not merit having parliamentary business disrupted.

“About 100 parliament personnel, MPs, and other officials have tested positive over the past year. We must learn to co-exist with the virus and perform our duties as usual.”

Chuan says that initially, parliamentary meetings were suspended for around 2 weeks after several MPs tested positive for Covid-19. This was in accordance with Department of Disease Control guidelines. He has refuted suggestions that some MPs from the Bhumjaithai Party contracted the virus in parliament, saying the MPs told his adviser, Sukij Atthopakorn, that they caught Covid-19 from friends.

The speaker is confident that employees who test positive for the virus will not spread it to MPs during meetings, pointing out that infected staff members will not be permitted to enter the building.

“The situation in parliament is normal, even though there were a number of cases. In general, parliament is safe. Strict health measures are in place, and ministers’ assistants and aides must undergo regular antigen testing. Most MPs have also taken Covid-19 tests before coming to work.”

AmbientMopar
This looks like a double standard to me. We the government need to continue to operate our business. You the private business persons, private companies you need to shut down because we the government say so. Then…
HolyCowCm
Better to refrain on comments of the privileged.