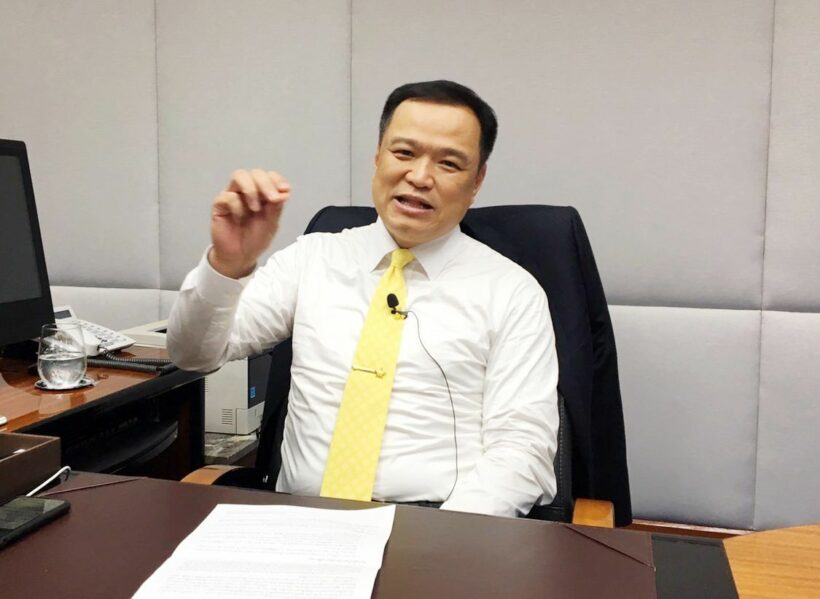 “Many farang dress dirty and don’t shower. As hosts we have to be very careful.”

Deputy PM and Public Health Minister Anutin Charnvirakul certainly knows how to grab the spotlight: just days after messages posted on his Twitter account caused a social media uproar and prompted the account to be shuttered, he has denied making the tweet. In a short interview with the BBC, Anutin claims he didn’t post the now infamous “Dirty Western Foreigner” tweets late last week.

Writing in two Twitter posts on Thursday night, which were later deleted, the account said “farangs,” (slang for Caucasians) “never shower” and pose health risks to the Thai population.

Anutin, who previously grabbed national attention when he lost his cool on television after a Caucasian foreigner rejected his attempts to give him a mask, says he has “no issues” with Europeans and foreigners, and even has many white western friends.

He told the BBC that the tweets, which seemed to blame the outbreak of the virus on Western Europeans while stating that Chiang Mai was better when it had many Chinese tourists and not “Bad and dirty Europeans” was not his.

He claims that many people had access to the account and that the account was closed down because the the incident is under investigation, adding that his full attention is on fighting the novel Covid-19 Coronavirus and ensuring Thailand does not have a full scale epidemic like several other countries, and his team, not he, is administering his social media.

Reaction on social media has been extremely harsh, with many western foreigners and full time expats expressing outrage over the comments.

PM urges unity in the face of adversity